Police use firearms for self-defence: IGP 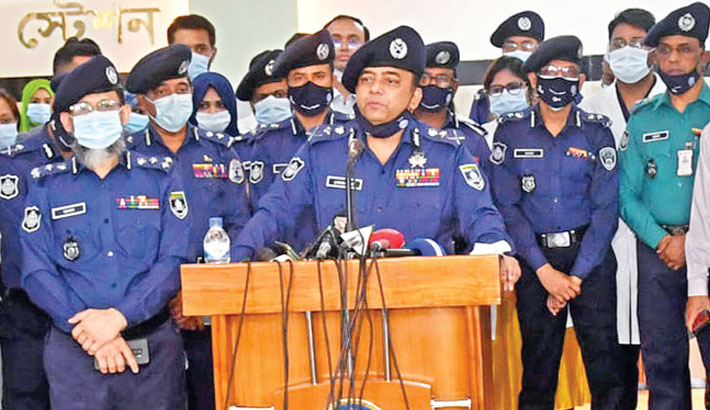 IGP Benazir Ahmed talks to journalists after inaugurating a newly-constructed building of Rajarbagh Police Lines Hospital in the capital on Wednesday.

Inspector General of Police (IGP) Benazir Ahmed on Wednesday said the police forces usually use firearms against terrorists for their self-defence.

Benazir Ahmed made the remark while speaking at the inaugural ceremony of a newly-built building for Rajarbagh Police Lines Hospital in the capital.

“Would our forces run away, leaving their arms when armed criminals swoop on them?” the IGP raised a question when his attention was drawn by the journalists to Tuesday’s gun battle between police and a gang of robbers in Cox’s Bazaar in which three suspected criminals including its ring leader Zakir were killed.

Police forces have been given weapons to resist the criminals wielding arms, IGP added.

Zakir was a daring robber in Cox’s Bazaar. He and his armed cadres had unleashed a reign of terror in the district for long, he said.

At least 150 firearms had been recovered from Zakir and his men in the last three years, said Benazir.

After about five months, a fierce gun battle took place between police and Zakir gang, leaving Zakir and two others dead.

Soon after the gunfight, the striking police team also seized at least nine firearms from his possession, the IG added.