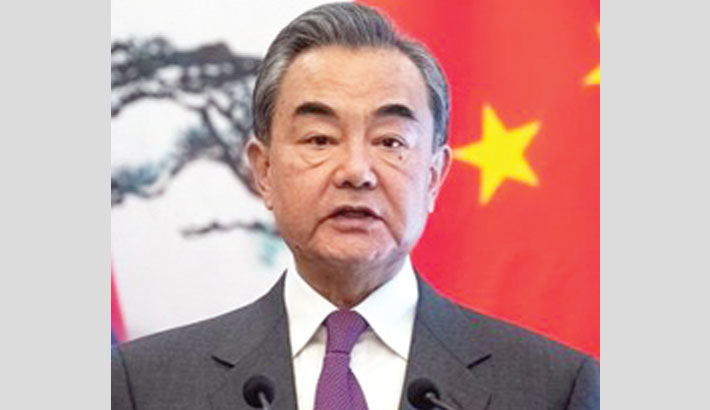 BEIJING: Senior Chinese diplomat Wang Yi said on Monday the United States and China could work together on issues like climate change and the coronavirus pandemic if they repaired their damaged bilateral relationship, reports Reuters.

Wang, a Chinese state councillor and foreign minister, said Beijing stood ready to reopen constructive dialogue with Washington after relations between the two countries sank to their lowest in decades under former president Donald Trump. Wang called on Washington to remove tariffs on Chinese goods and abandon what he said was an irrational suppression of the Chinese tech sector, steps he said would create the “necessary conditions” for cooperation.

Before Wang spoke at a forum sponsored by the foreign ministry, officials played footage of the “ping-pong diplomacy” of 1972 when an exchange of table tennis players cleared the way for then U.S. President Richard Nixon to visit China.

“We stand ready to have candid communication with the U.S. side, and engage in dialogues aimed at solving problems.” Wang pointed to a recent call between Chinese President Xi Jinping and U.S. President Joe Biden as a positive step.

Washington and Beijing have clashed on multiple fronts including trade, accusations of human rights crimes against the Uighur Muslim minorities in the Xinjiang region and Beijing’s territorial claims in the resources-rich South China Sea.

The Biden administration has, however, signalled it will maintain pressure on Beijing. Biden has voiced concern about Beijing’s “coercive and unfair” trade practices and endorsed of a Trump administration determination that China has committed genocide in Xinjiang.

However, Biden has also pledged to take a more multilateral approach and is keen to cooperate with Beijing on issues like climate change and persuading North Korea to give up its nuclear weapons.