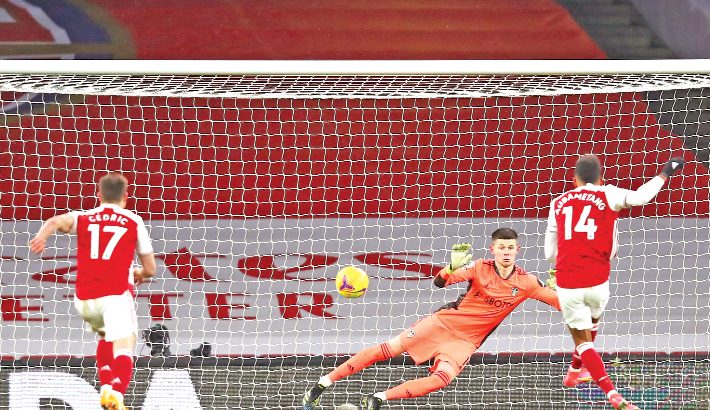 Romelu Lukaku scored twice to reach 300 career goals as Inter Milan moved above AC Milan to the top of Serie A with an impressive 3-1 home win over Lazio on Sunday.

Lukaku's brace came in the first half as Inter made the most of their city rivals' surprising 2-0 loss at Spezia on Saturday.

The stage is now set for a mouthwatering Milan derby at the San Siro next Sunday.

In France, Lille returned to the top of Ligue 1 despite a 0-0 draw at home to Brest on Sunday, while Wissam Ben Yedder scored an injury-time equaliser for Monaco as their seven-game winning run was ended by a resurgent Lorient.

Christophe Galtier's Lille failed to register a single shot on target as they dropped points for the first time in seven matches, moving back one clear of Paris Saint-Germain at the summit.

Real Madrid appear to be gaining momentum ahead of the Champions League knockout stage, with a 2-0 win over Valencia on Sunday putting them back within sight of La Liga leaders Atletico Madrid.

Karim Benzema and Toni Kroos had Madrid two up at half-time.

Manchester United's faltering Premier League title challenge suffered another blow in a 1-1 draw at struggling West Brom while Pierre-Emerick Aubameyang hit a hat-trick in Arsenal's 4-2 win against Leeds on Sunday.

United have dropped points in five of their last seven league games to allow Manchester City to pull seven points clear, with a game in hand.