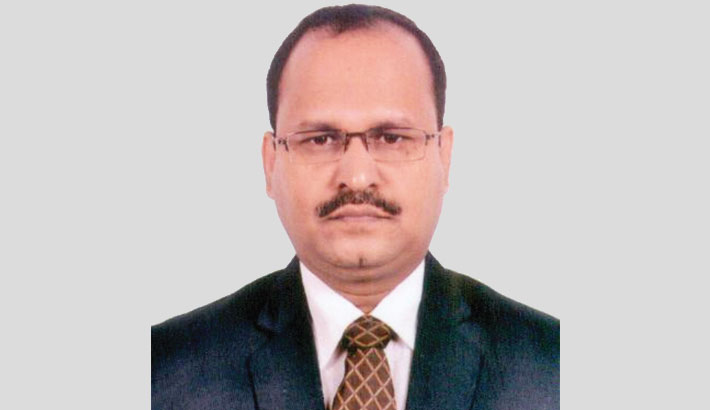 Some people, who either feared or joked at taking vaccine against Covid-19 even a few days back, are now joining the queues of taking the vaccine and posting their happy faces in the social media. This is indeed a great turn-around and such a development which will surely go a long way in changing general people's attitude towards the vaccine. It does mean that it is gaining in popularity and increasing acceptance in place of nonchalance.

In fact, as the severity of Covid-19 has not reached the magnitude of the scale manifested in the western world, there was less awareness in our ambience regarding importance of the vaccine. Moreover, there was propaganda against vaccination. Interestingly, the propaganda was more prevalent and vibrant before the start of vaccination around the world. With the passage of days, however, people in our neighbourhood, have welcomed it with earnestness.

Admittedly, Bangladesh is using the Oxford/AstraZeneca vaccine which has been recommended by the World Health Organisation for use in all adults, despite limited data on the jab’s efficacy for older people. The WHO’s Strategic Advisory Group of Experts (SAGE) said the vaccine should be given in two doses, eight to 12 weeks apart, emboldening the position the UK government has taken in its mass vaccination programme.

A related expert has very rightly commented that the efficacy of the vaccine is higher when the second dose is administered later and added that people will see a higher efficacy if the second dose is administered in the recommended schedule which is 8-12 weeks between doses. It is, in fact, like other vaccines. As WHO has already approved its effectiveness, the diffidence among the people will be greatly reduced.

Till writing of the piece, coronavirus vaccine has been administered to around half a million people in Bangladesh with people’s willingness to get the shots growing increasingly larger. These people took the first dose of the Oxford University-AstraZeneca vaccine.  In fact, the number is increasing exponentially with floods of registrations hitting the related website. The government has thus temporarily stopped spot registrations for this vaccine.

As per newspaper reports, Bangladesh currently has seven million doses of the vaccine manufactured by the Serum Institute of India. The Indian government sent two million doses as gift while Bangladesh imported five million doses under a deal to buy 30 million doses. The DGHS said they have the capacity to administer 300,000 doses a day. There is all likelihood that the capacity will soon be increased throughout the country.

The long-waited vaccine is very likely to boost the immune system of the recipients. Though cent percent immunity cannot be expected at this time, this is for sure that it will work as a bulwark against the deadly strains of Covid-19. What is, however, more important is that it will pave the way for getting over that fear of corona to a greatest extent which engulfed the world for more than a year.

The psychological impact of vaccination will be a lot more than its physical effect. As a result, the morale of the vulnerable people in particular and the common people in general will remain high. The intimidation that was created by the onset and onslaught of Covid-19 cannot be effaced from the psyche of the people at home and abroad. By courtesy of electronic, print and social media, people experienced with great horror the devastation of corona which is still on the rampage in various sections of the globe.

One does not require to be a physician to gauge the importance and impact of mental state and strength in dealing with diseases as physicians themselves stress upon remaining mentally strong in the face of being ill. It is also common knowledge that the people who are mentally strong can cope with illness and diseases with more success and ease. This very mental strength can be readily gained from vaccination against Covid-19.

In view of lesser spread of Covid-19 in Bangladesh, the proposition has come to light that immune system of our people is somehow stronger than those of the western world. This is indeed a happy tiding for the people of Bangladesh who are hard-working and have to struggle hard for livelihood. One must thus thank the destiny that hard working nature of the common people has turned out to be a real catalyst in having a better immune system.

As implied elsewhere, number of registration for vaccination is growing rapidly and the Prime Minister's timely and prompt decision to enlarge the age limit has had a tremendous impact on the registration and vaccination process. So far the vaccination campaign looks satisfactory and very much on the right tracks with a few aberrations caused by some influential people.

It clearly demonstrates that the government has taken lots of lessons out of the corona detection and prevention stage. The health workers who are administering the vaccine directly deserve special appreciation for the matchless services they are rendering. However, the initial good work has to be kept up and it has to be ensured that no sense of complacency creeps in.

At the same time, the government can decentralise the process for proliferation of vaccination throughout the country. The government can distribute vaccines to various government and autonomous organisations for administering vaccines in their establishments. If such arrangements can be made, the burden of the public hospitals can be minimised significantly. The government will then be able to concentrate on other segments of the society.

Notably, private hospitals, too, have jumped on the bandwagon. The government plans to bring a specific portion of the people in the domain of immunisation. However, expectation among the people, who are still out of the net, is already running high. And, in this world of inclusiveness, the government cannot stay away from the duty of coming to the rescue of the ones who need both support and succour from the government.

After days of start of Covid-19 vaccination in Bangladesh, one thing is becoming increasingly evident that both the government and the citizens are now at one that immunisation against the deadly virus is a national priority. As things stand now and as things progress, it is now a foregone conclusion that the government will ultimately be bent on bringing into the Covid-19 immunisation process almost all the eligible ones in the country.

of Public Administration and