Maori MP ejected from parliament for refusing to wear tie 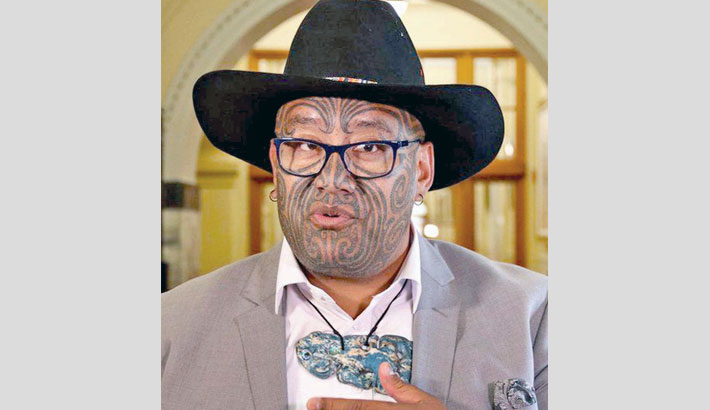 A leader of the Maori Party has been ejected from the New Zealand parliament for not wearing a tie, reports BBC.

“It’s not about ties, it’s about cultural identity mate,” Waititi said while exiting the chamber, local media reported. He has called ties “a colonial noose” and wore a greenstone pendant instead.

After being stopped for a second time, Waititi continued with his question until Mallard ordered him to leave the chamber. Waititi called Mallard’s treatment of him “unconscionable”, adding that he was wearing “Maori business attire”.

Co-leader of the Maori Party, Debbie Ngarewa-Packer, who was herself wearing a tie, pleaded her colleague’s case but to no avail. This is just the latest tie-based spat between the MP and the speaker.

Late last year, Waititi was told that that he would be ejected from the House if he did not wear a tie.

In his first speech to parliament, he said: “Take the noose from around my neck so that I may sing my song”.

Mallard has said he personally supports a change to the rules on compulsory ties, but kept the rules after he consulted MPs - saying the overwhelming majority of those who wrote to him supported maintaining the tie requirement.