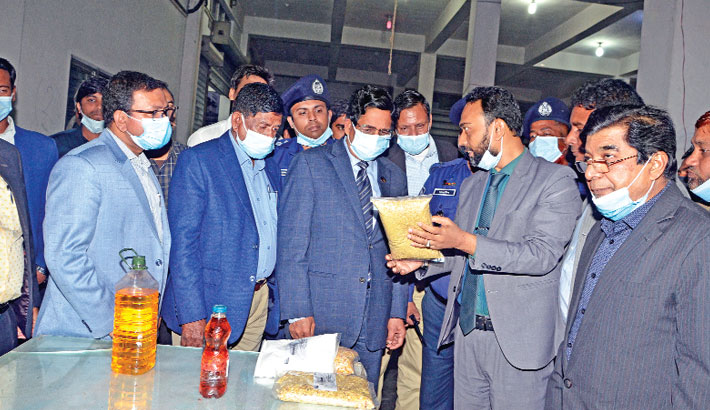 He made the remarks while visiting Nasir Starch, Oil & Animal Feed Industries at Mirzapur in Tangail on Sunday.

"If corn oil can be produced by setting up factories in the country, the domestic production of oil will increase,” he stated.

The minister said that Bangladesh has a lot of potential to produce corn oil like developed countries.

Entrepreneurs’ forwarded step will help farmers to ensure the nutrition of the people of the country, he added.

Corn has great potentiality in Bangladesh as corn flex; corn chips can be produced along with oil, he said adding that Out of the total corn production, 95 percent is used in poultry, animal and fish industry while 5 percent consumed by people as food.

According to BWMRI, country’s soil and weather is suitable for cultivating corn and it also gain popularity into farmers.

Oil produced from the corn seeds would not have any negative impact on the animal feed industry as nutritional value or quantity of the seeds remain about the same in the form of slag.

Nutritious corn oil has been produced in 52 countries and consumed along with starch, ethanol, bio-fuel also produced.