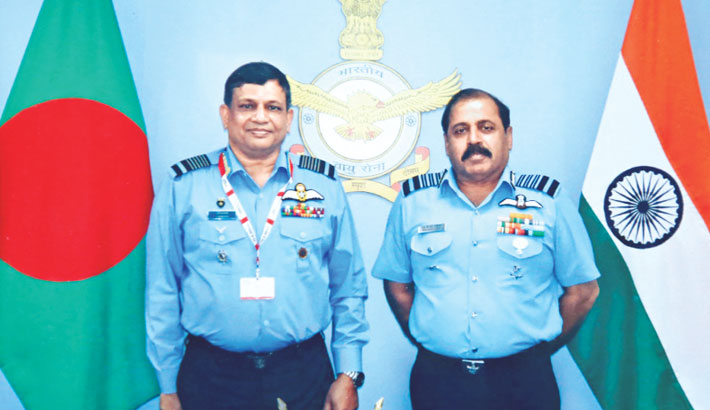 During the visit, the Chief of Air Staff witnessed the aerial display of various aircraft and visited the pavilions of different world-renowned military equipment manufacturer companies.

Besides, he attended various seminars, video teleconference (VTC) and made a presentation on ‘Humanitarian Assistance and Disaster Relief Activities’ in the Indian Ocean Region Defence Ministers’ Conclave.

In the air show, he also exchanged views on professional matters with senior military and civil officials from different participating countries.

It is expected that this visit will strengthen the existing cordial relationship between Bangladesh and India by expanding the scope of mutual cooperation in the professional sectors.

It will also play an important role in strengthening the relationship among the Air Forces of participating countries.