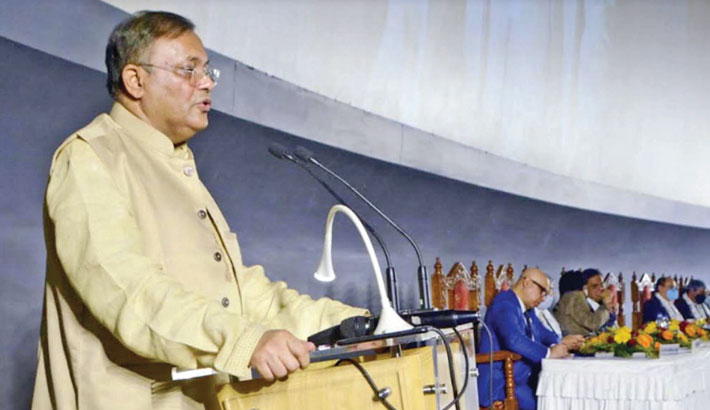 He came up with the remarks at the inaugural session of the five-day film festival at Nandan Cinema Hall-1 in Kolkata, according to a message received here.

Speaking as the chief guest, he said a film touches the feelings of people and that is why it plays an important role in building men-to-men communication.

Hasan said the journey of Bangladesh’s films was started with the hands of Father of the Nation Bangabandhu Sheikh Mujibur Rahman, and Bangladesh and India are jointly working to make films under his daughter Prime Minister Sheikh Hasina.

“Bangalee is our real identity and that’s why we should enhance our cultural exchange, which will strengthen our proximity,” he added.

Bratya Basu said Bangabandhu Sheikh Mujibur Rahman is a unique resource of Bangladesh and the whole world as well.

Shringla said India-Bangladesh relations are built on blood, so this relationship is not to be severed.

Film ‘Hasina: A Daughter’s Tale’ was exhibited at the inaugural day of the festival. Hasan Mahmud was scheduled to visit to Brigade Parade Ground in Kolkata on Saturday where Bangabandhu Sheikh Mujibur Rahman and then Indian Prime Minister Indira Gandhi delivered their speeches on February 6 in 1972.

Earlier in the day, Hasan Mahmud inaugurated an arts exhibition titled ‘Bangabandhu and Bangladesh’ at Academy of Fine Arts of Kolkata.