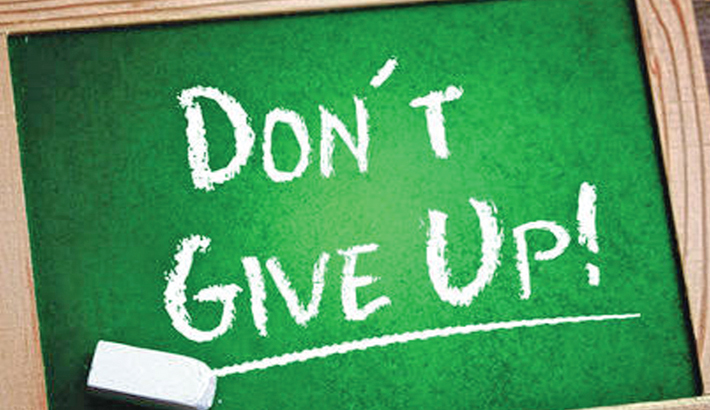 One of the important characteristics of a Muslim is that he remains in a positive state of mind, whatever the circumstances. He tries for the best and looks for wisdom.

A Muslim is never in despair, not even in most difficult moments. That is because they believe that Allah is the Creator of all things; that He has the power to create whatever He wants by saying it to “Be!”

Everything turns positive for a Muslim with such a depth of soul. Whether it be trouble or difficulty, it is Allah Who bestows them on that person. He is believers’ Helper and Guardian. Any thing and everything that Allah Almighty has created is for the best and which contains much wisdom.

Allah teaches the souls of those believers who have a sincere and unsullied belief in Him throughout the life of this world to be worthy of Paradise.

Every stage in this instruction is, by Allah’s will, a means whereby Muslims can take another step toward Paradise. Having faith does not mean making no mistakes. Allah creates human beings to be fallible, flawed and weak.

Muslims make mistakes the same way as everyone else. But the difference between them and those people who base themselves on the criteria of the society of the ignorant is that when Muslims realise the correct course of action by way of their consciences, or even if they do not but are reminded of it by others, they do not deliberately insist on continuing with their errors.

It is immediate repentance and sheltering in Allah and an intention not to repeat one’s error but to learn from one’s mistakes. This is a major indicator of a Muslim’s sincerity. Allah tells us how Muslims should behave in the face of their own mistakes: “Those who, when they act indecently or wrong themselves, remember Allah and ask forgiveness for their bad actions (and who can forgive bad actions except Allah?) and do not knowingly persist in what they were doing.” (Qur’an, 3:135)

Muslims are valuable entities bearing the Spirit of Allah. According to the Qur’an, it is improper for such people to exaggerate their mistakes and regard themselves as worthless because of them. It is Allah Who creates mistakes and causes people to commit them in destiny.

Even before a person is born it is already ordained in destiny at what time, on what date and where they will commit that error. Even if a person were to experience that moment a thousand times over they would still make the same mistake at the same time, on the same date and in the same place.

It is therefore wrong for people to lack self-confidence because of errors they have committed. Muslims never, under any circumstance, pay any heed to the approval of other people. They never become preoccupied with such doubts as “I wonder what people will say? What will they think of me? Will they love me any less? Will their trust in me be damaged?” Muslims seek to earn Allah’s approval alone.

In the event of an error or imperfection, they beg Allah to forgive them and hope that He will forgive their sins. They know that He is infinitely forgiving. What matters is whether or not He approves of that person. The Prophet Abraham’s (peace be upon him) prayer, “[It is] He Who I sincerely hope will forgive my mistakes on the Day of Reckoning...” (Qur’an, 42:82), is an excellent model on this subject.

Since Muslims have faith and trust in and rely on Allah, they always regard themselves as virtuous and valuable. They always have respect for themselves.

They always remember Allah’s verse “Do not give up and do not be downhearted. You shall be uppermost if you are believers” (Qur’an, 3:139), which represents the way they look at themselves. Muslims want to be loved and trusted by other Muslims.

But they also know it is Allah Who will create that love and bestow that feeling of trust in other believers’ hearts. Muslims’ errors are instrumental in strengthening the love felt for those people. That is because the important thing is not the mistake, but the behavior in the face of it of the person committing it. Since Muslims fear Allah, they have uneasy consciences when they make an error. They immediately think as they are shown in the Qur’an and thus see the truth.

They then feel regret for their mistakes and strive to make up for their mistake and to improve their moral values by seeking shelter in Allah. The more errors people commit, the more they are able to realise how weak they are.

They attain a deeper understanding of how much they need Allah. This mindset increases a person’s submission to Allah and humility. And Allah creates feelings of sympathy and affection for that person in the hearts of other believers.

The responsibility incumbent upon believers is to ensure that the moral values of the Qur’an rule their lives as much as possible and to seek the greatest amount of Allah’s approval in all they do at every moment of their lives.

It is impossible, according to the moral values of the Qur’an, for anyone harbouring such an intent and who lives for Allah in a determined and fixed manner, not to be loved or trusted. Faith requires that Muslims know this and that other Muslims will love them because of that faith.

It also requires that they have trust that only Allah can create that love in others’ hearts. As Allah tells us in another verse from the Qur’an: “As for those who believe and do right actions, the All-Merciful will bestow His love on them.” (Qur’an, 19:96)