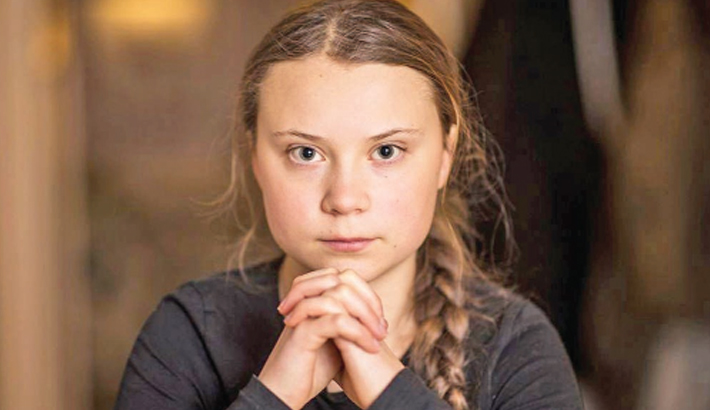 NEW DELHI: Swedish teen climate campaigner Greta Thunberg has been accused of “criminal conspiracy and promoting enmity” in a case filed by the Delhi Police on Thursday over her tweets on the farmer protests, reports NDTV.

Greta Thunberg’s tweets in support of the protests near Delhi against farm laws are among many posts that have drawn international attention over the past two days to the farmers’ agitation that began late-November.

The charges that the young activist faces are those of conspiracy and “promoting enmity between different groups on grounds of religion, race, place of birth, residence, language... and acts prejudicial to maintenance of harmony.”

Soon after the news emerged, Greta Thunberg doubled down on her views with a new tweet: “I still #StandWithFarmers and support their peaceful protest. No amount of hate, threats or violations of human rights will ever change that. #FarmersProtest.”

“We stand in solidarity with the #FarmersProtest in India,” Greta Thunberg wrote, sharing the same CNN story about the protests and the government restricting Internet near protest sites.

Today, the Swedish climate activist shared a “toolkit” advising people on how to show support for the protests. Delhi Police officers said it “exposes the conspiracy by an organized overseas network” to instigate the farmer protests.

She had deleted a similar “toolkit” she posted last night with information on supporting farmers on Republic Day, which was last week. This morning, she said she was sharing an updated list, which included seven ways to back the agitation. She also suggested organising protests near the closest Indian embassy on February 13 and 14.

Yesterday, the government, in an unprecedented and sharp response to the international tweets, warned against the “temptation of sensationalist social media hashtags and comments” and said the protests were by “a very small section of farmers” in parts of India.”

Before rushing to comment on such matters, we would urge that the facts be ascertained, and a proper understanding of the issues at hand be undertaken. The temptation of sensationalist social media hashtags and comments, especially when resorted to by celebrities and others, is neither accurate nor responsible,” the foreign ministry said in a statement using the hashtags IndiaTogether and IndiaAgainstPropaganda.

The hashtags became the theme of a major pushback from ministers, Bollywood stars and sportspersons who stressed in their posts that India’s government was handling the farmer protests through talks and that India’s sovereignty could not be compromised.