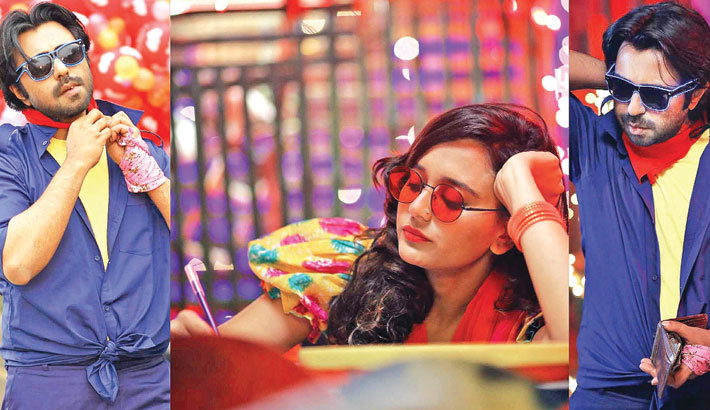 Ziaul Faruk Apurba and Sabila Nur are two popular small screen actors of the country. The duo has received huge positive response for their drama ‘Exchange’. Over 10 million viewers have enjoyed the drama on YouTube since its release date.

Now, the audience-acclaimed artistes have paired up in a new drama titled ‘Tipu Sultana’. Mahidul Mahim has written and directed the play. Apurba will play the role of Tipu while Sabila Nur will be seen Karina Sultana in the drama.

About the play, Apurba said, “I’ve worked several dramas under the direction of Mahim. He is very careful about making dramas. My character in the drama is very nice and Sabila Nur is a talented artiste. We have stood before camera for the shooting of some good story-based dramas, including, ‘Tipu Sultana’, in recent times. I hope the audience will enjoy our works.”

Director Mahim said, “Through the drama, Sabila has worked under my direction for the first time. Apurba and Sabila have done their job wonderfully. Apurba has portrayed the role of a CNG driver in the drama. I’m very hopeful about the drama.”

“Tipu Sultana will be aired on a television and YouTube channel on the occasion of upcoming Valentine’s Day on February 14”, he added.