Vaccine being sent across country 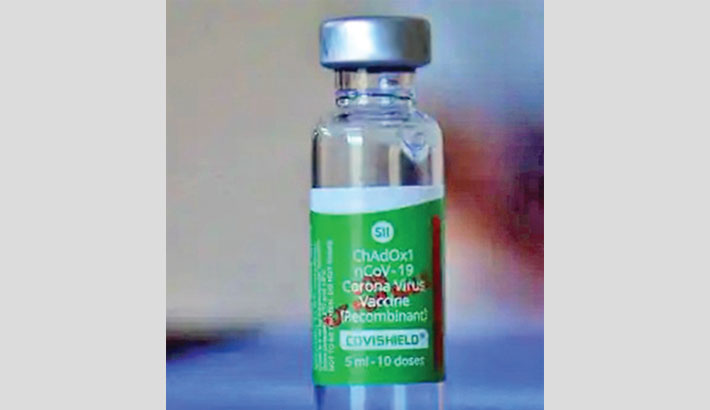 A total of 567 people who received their first doses of Oxford-AstraZeneca (Covishield) vaccine have been kept under observation for seven days before the start of a countrywide vaccination on February 7.

The health directorate said the first vaccine recipients will remain under observation for seven days to see whether they suffer any side effect.

The government has 7 million doses of Covishield vaccine in stock as it purchased 5 million from the Serum Institute of India and got 2 million same vaccine doses from the Indian government as a gift.

Every Covid-19 vaccine recipient will be given second dose or booster of the vaccine after eight weeks.

Health and Family Welfare Minister Zahid Maleque earlier said the health service teams will remain ready to provide support if any side effect is found after giving the vaccine.

“Telemedicine service will also be available to observe the situation after giving the vaccine,” he added.

The health ministry said the government has made a priority list to give the vaccine as all front liners will get the vaccine in phases as per the guidelines of the World Health Organization (WHO).

Talking to the Daily Sun on Tuesday, Dr Md Robed Amin, line director (NCDC) and spokesperson for the Directorate General of Health Services (DGHS), said a total of 7,343 centres will be set up all over the country, including 324 in the capital, to run the vaccination drive.

“There’ll be two vaccination centres in every upazila health complex while four in district-level hospitals and eight in medical colleges or specialised hospitals. However, all centres may not start work at the same time. The vaccine centres will work as per the need,” he said.

Each of the vaccination teams is comprised of two vaccinators and four volunteers while the vaccinators include nurses, sub-assistant community medical officers and family welfare inspectors.

Bangladesh has now 7 million doses of the vaccine, developed by Oxford University and AstraZeneca and manufactured by the Serum Institute of India, in stock.

He said after reaching the vaccines at district level, it will be distributed at upazila level soon as some districts already received the vaccine on Friday.

Talking to the Daily Sun, Dr Sheikh Fazle Rabbi, civil surgeon of Chattogram, said they expect that 38 cartons of Oxford-AstraZeneca vaccine will come there on January 31.

About the registration for Covid-19 vaccine, Shamsul Haque said vaccine-seekers who are on the priority list can register online in phases.

“The website for the registration will remain open to a specific group as per the priority list in a bid to ensure smooth registration for all,” he added.

The vaccine is now preserved in the district's EPI store, he said.

He said a priority list of vaccine seekers in the district have been sent to the DGHS as per its directive.

However, the eligible people who are interested to receive the vaccine, have started to fill up the online forms since Thursday.

Gausul Azim further said they will start training of vaccinators and concerned doctors to conduct a vaccination programme from January 30 to February 1.