Retrospect and Prospect – Part I 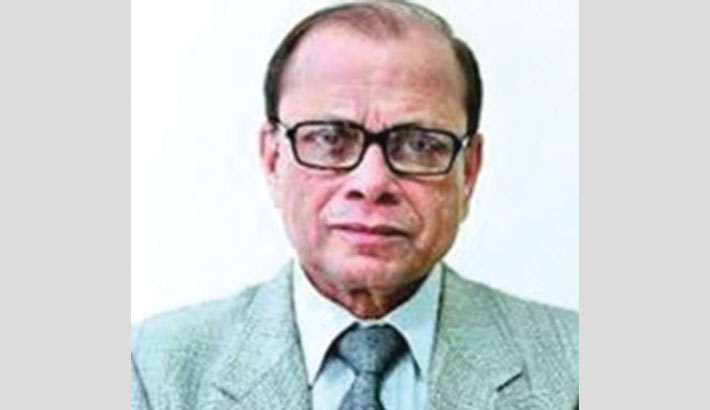 As the University of Dhaka (DU) completes a century of its existence, it would be pertinent to put under scrutiny the retrospect and prospect of this famed apex institution of higher learning. This is required as this university has to chart its future course ahead. As one does so, he/she has to be a Janus of the ancient Roman mythology. As is known, God Janus had two faces, one in the front, and the other in the back, with corresponding four back and front eyes. Thus, Janus could see back and forth. Winston Churchill (1874-1965) would also have a Janus-like human perspective as he wrote, "If you look longer back, you can look farther ahead." 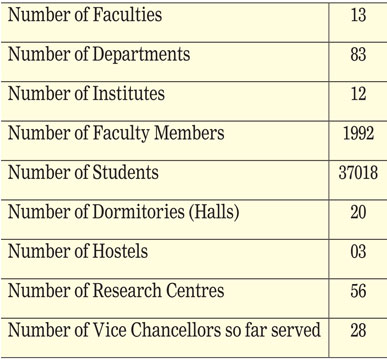 Incidentally speaking, Auguste Comte (1798-1857) was also at one with Churchill as he believed, "The doctrine which sufficiently accounts for the whole of the past will invariably . . preside over the mind of the future." The DU, over the past one century, has had a mixed track-record; good deeds have been interspersed with deeds not congruent with the ethos and spirit of a university. Thus, this university, to look ahead, is required to take stock of what has so far been amiss or remiss. Most of all, this university raises many questions as to its institutional character as per John Henry Newman (1801-1890) and Rabindranath Tagore's (1861-1941) idea of a university (their ideas are ideal).

Evolution of the University of Dhaka and Its Present Status

The DU is the brain-child of Sir Khawaja Salimullah Bahadur (1871-1915). In August 1911, at a political function held at Curzon Hall, he proposed a university for Eastern Bengal at Dhaka. But it was not until the annulment of the Partition of Bengal (12 December 1911) that the proposal assumed a concrete form. Within days of the annulment, a visibly disgruntled Salimullah, dashed a list of demands to Viceroy Lord Hardinge ostensibly for the protection of Muslim interests in Eastern Bengal. The quick result was a government pledge for a university at Dhaka, which was indeed a consolation prize for Muslims who had their interests affected by the annulment. It may be argued that without the annulment, such a pledge would not have been forthcoming. Thus, the annulment, although an unpleasant surprise for Muslims of Bengal at first sight, turned out to be a blessing in disguise. There were however, some local opinions against this move; but Samiullah was found upping his efforts to get the university off the ground. The approval of the Secretary of State came in December 1913. Meanwhile, the Saddler University Commission (1917-19), in its fifteen recommendations, had the thirteenth recommendation suggesting the establishment of the Dhaka University so that the burden of students could be reduced from the Calcutta University. The Dacca University Act, 1920 was passed in the Indian Council. The Act provided for a British model university. In 1961, this act was replaced by another act, restricting academic freedom. In 1973, the university was provided for academic freedom; and under this order the DU is now being run (along with three other public universities).

The first Vice Chancellor, Dr. Philip Joseph Hartog, oversaw the starting of academic activities on 1 July 1921. There were initially 847 students spreading over 3 faculties of Arts, Science and Law, and 12 departments. Three dormitories, Salimullah Muslim Hall, Dacca Hall and Jagannath Hall, housed most of the students. The university started functioning on a 600 acres of lush green Raman area gifted by Salimullah. Unfortunately, many of the spots are, thanks to callousness of the university administration, now under the control of grabbers; and the glaring example of which is the obscurantist Jamaat-i-Islami managed Katabon mosque on the southeastern corner of the university land. As per Islam, no mosque can operate on a grabbed land.

The present shape of the DU can be seen in the following table.

The above table shows ample spatial and institutional expansion over the years. How much of this growth and expansion are reflected in qualitative expansion is commented on in the following section as well as later in the discussion.

A university is measured in terms of ranking it achieves in the world of higher education; and this ranking is made by a number of international bodies on the basis of certain indicators.

In 2018, the Times Higher Education 2018 Global University Ranking, the DU was placed in 1001 position among the world universities. In the latest QS World University Ranking 2021, out of 293 Asian Universities, two Bangladesh Universities, the DU and BUET, could secure places within 801-1000. The Times Higher Education World University Ranking also came up with similar finding. The QS Asia University Ranking-2021 (released on 25 November 2020) placed 11 universities from Bangladesh within top 500 Asian Universities; and among them three are public universities (DU, BUET and KUET), and the remaining are top private universities. The above information highlights a reassuring growth of the DU; but global/regional ranking has a story otherwise. Quantity mismatches with quality. As per expectation, quantity and quality should have progressed in tandem. Above all, an institution which has had the tradition of being the "Oxford of the East" should not have such a poor ranking.

Purpose and Academic Freedom of DU

The purpose and academic freedom of a university are inherent in the origin of the English term 'university.' As it is, this term is linked to a two-fold origin. First, the Latin word universitas, meaning 'a whole', is suggested to be the origin. Second, the Latin words, universitas magistrorum et scholarium meaning 'community of teachers and scholars', are also taken to mean a university. The community comprises not only teachers and scholars, but students as well, who are bonded together by the common purpose of seeking, creating and disseminating knowledge. Knowledge, as is generally understood, is holistic. In other words, a university is a seat of world-learning. Thus, a university carrying a communal name and catering communal knowledge cannot be a university per se.

At a discussion on 17 April 2018, organised by Pearson College, London, a consensus opinion was expressed on the purpose of a university, which included inter alia

• a position at the frontier of knowledge,

• a duty to pushing the boundaries of knowledge,

• a pursuit of knowledge; and

• the dissemination of knowledge.

The notion of academic freedom is pertinent to the idea of university. The University of Bologna made the path-breaking attempt in 1155 (1158?) in adopting an academic charter, the Constitutio Habita, guaranteeing academic freedom to scholars and teachers. On 18 Sept 1988, 430 university rectors signed the Magna Charta Universitatum, marking the 900th anniversary of Bologna's foundation.

Both purpose and academic freedom of the DU was foreshadowed by the first Vice Chancellor Sir P.J Hartog, when in the second convocation address, he said:

“A man may be an excellent teacher of elementary subjects without the power to add to knowledge. But in advanced work, I maintain that no one can really teach well unless he has the combination of imagination with critical power which leads to the original production (of knowledge), and for if for no other reason, a university to be a true university must see that its teachers are men who are also capable of advancing knowledge."

Sir Hartog was right in conceptualizing the purpose and future of the DU as an institution producing and disseminating knowledge. As we look back to the hundred years traversed by the DU, with Janus -like back-eyes, we come up with the poignant question: how far has this university lived up to such a set goal? The answer is a mixed one. There were indeed halcyon days when there was excellence both in teaching and research; and both of which were outcomes of quality recruitment and administration. Of course, quality recruitment is premised upon quality administration; and quality administration depends on government of the day. The slippage began during the Pakistan period (1947-1971); became worse in the period following independence (since 1972). The present of the DU stands opposite to its past.

The original act provisioning the establishment of the DU, did envisage a university per se; and the element of academic freedom was adequately guaranteed. But the Pakistani Act of 1961, rightly dubbed a black law, turned the DU into a government department with no institutional autonomy or academic freedom for its members of the staff. Following independence, the 1973 order retrieved academic freedom. But experience over the years suggests that the order has been a blessing in disguise. First, the order does not ensure transparency and accountability of administration; thus, the two ingredients of democratic governance are negated. Second, thus many of the misdeeds of university administration have been shielded behind the so-called autonomy order. Third, high degree of politicisation by government gives mockery to the so-called autonomy order. Moreover, the order has provided for teacher-body elections, which have been held, as if with religious regularity; but since the 1990s, barring the exception of the farcical one of 2018, no election to the student bodies have been held; and that too after proddings from the high court, the president and prime minister. The highly politicised faculties are found to have colour-based division: blue panel means the pro-Awami League panel, the white panel connotes the pro-Bangladesh Nationalist Party (BNP) panel; while the pink panel represents the so-called progressive elements. The colour-based identities of the faculties are so pervasive that students are wont to identify their teachers as blue sir/madam, white sir/madam; and pink sir/madam. This is disgraceful for university faculties! The 1973 order has vested so much autonomy in the DU authorities that they could ignore such proddings with impunity. Thus, the need of the hour is democratising and revamping of the order with a clear goal that autonomy/freedom does not degenerate into license for evading responsibility and doing mischiefs contradicting ethos of university.