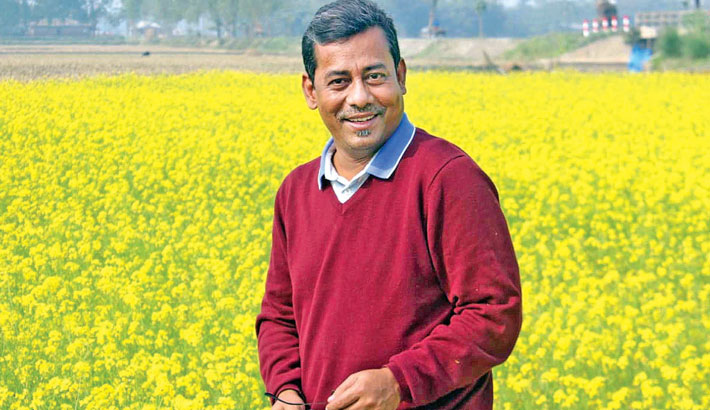 Popular singer TW Sainik is coming up with new song after a six-year long hiatus. The title of the song is ‘Bhalobasai Harai’. Rezaur Rahman Rizvi has written the lyrics of the song while Rajan Saha has composed and directed the track.

The song will be released on the occasion of upcoming Valentine’s Day on February 14 under the banner of Studio Joya.

About the song, TW Sainik said, ‘After a long hiatus, I’ve lent my voice to an original song. It is a romantic genre song. Both the lyrics and the melody are quite nice. I hope the listeners will like the song.

Composer and music director Rajan Saha said, “TW Sainik is one of my favorite singers. I’m very happy that he sang to my tune. I hope the listeners will hear a great song of Sainik Bhai after a long time.

Rezaur Rahman Rizvi said, “TW Sainik is a talented singer. He has a smooth and unique voice. And I’ve done many popular songs with Rajan Saha. I believe that the combination of the three of us has made the song ‘Bhalobasai Harai’ great.