Tamim proves his worth 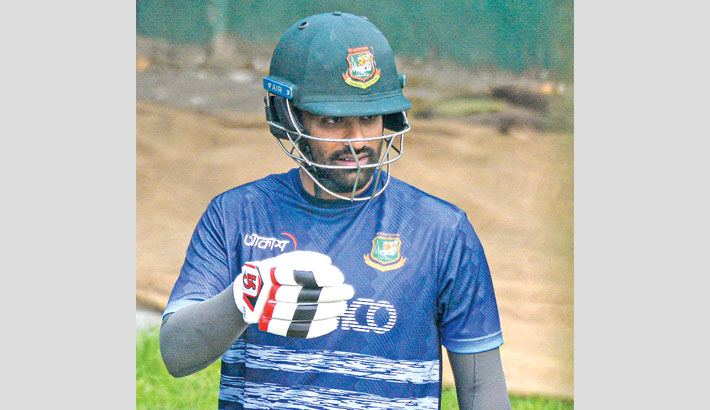 Bangladesh ODI skipper Tamim Iqbal brushed aside all doubts regarding his leadership qualities as he led Tigers successfully to their third successive one-day international series win over West Indies.

Bangladesh and West Indies reached Chattogram on Saturday for the series concluding the last match, scheduled at the Zahur Ahmed Chowdhury Stadium on Monday.

Tigers continued their dominance over West Indies in recent years by earning two clinical wins and took an unassailable 2-0 lead in the three-match series on Friday.

Since the start of the series, all eyes were fixed on Tamim considering he was filling a big shoe - the most inspirational skipper of the country - Mashrafe Mortaza.

Tamim hasn’t had successful outings as a leader in the two domestic tournaments - BCB President’s Cup, three-team 50-over tournament and Bangabandhu T20 Cup - organised by Bangladesh Cricket Board as part of their plan to resume cricket following the corona pandemic.

Tamim’s so-called cold relationship with Shakib Al Hasan, who returned to international cricket after serving a one-year ban, seemed to be the topic of discussion prior to the start of the series.

Everyone was keen to see how the experienced campaigner handled Shakib and that too after changing his batting position despite knowing that Shakib made 606 runs in the last ICC World Cup while batting at number three.

Tamim showed a glimpse of his leadership qualities when he opted to sit with Shakib to discuss his plan of action in presence of Russell Domingo in front of the national dressing room at the Sher-e-Bangla National Stadium and that too in front of the media during the opening day of the preparation camp.

The interaction between the two individuals cleared a lot of speculations regarding their relationship as it was an indication that they are grown-up professionals.

A lot of speculations crept in the mind of the people considering Shakib refused to attend a talk show hosted by Tamim during the start of the corona crisis but it seemed they have gone well past that incident.

The way Tamim handled Shakib and the whole team in the opening game left a mark of his captaincy as it seemed he was ready to attack from the start.

His bowling changes and his meticulous field changing was something quite noticeable in the first two ODIs. His bringing in Liton Das at gully during the bowling of pacer Mustafizur Rahman proved to be a dividend in the first ODI and it was a reflection of his cricketing mind.

Shakib dominated the opening game by picking up four wickets while in normal circumstances any captain would have gone for the tried and tested formula in the second game.

However, Tamim acted differently as he backed Mehidy Hasan from the initial part of the second game and the off-spinner repaid his faith by picking up career-best four-wicket haul.

Tamim knew that he had to lead from the front and he did it by scoring 44 runs in the opening game and 50 runs in the second game which indicated captaincy hardly put any pressure on his batting so far.

“It was nice to spend some time in the middle. There's a lot of hunger in the dressing room. Everyone wants to do well. Players like Taskin (Ahmed), Saifuddin have not got a spot in the XI. There's a healthy competition going on,’’ said Tamim after the second game.

As Bangladesh have already completed the series win, Tamim seemed to be interested to give chance to others in the dead-rubber on Monday.

“I am sure we will have some changes in the third ODI and let's hope whoever comes in does well,” he concluded.