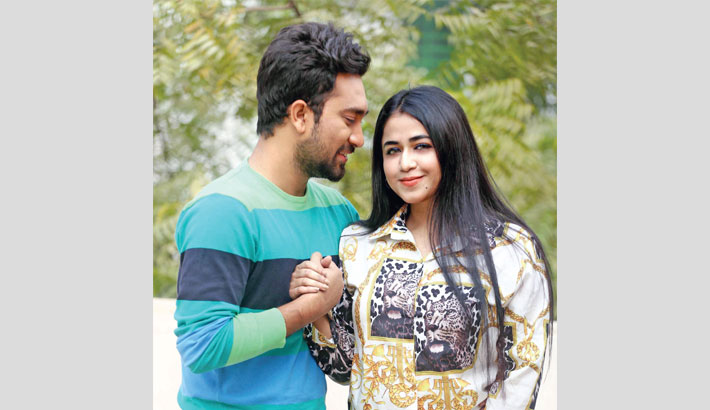 Model-actress Faria Shahrin and actor Farhan Ahmed Jovan have paired up in a drama for the first time. The title of the drama is ‘Dearing Caring’. Written by Shohel Nahid, Preeti Daut has directed the drama.

Talking about the drama, Farin said, “The story of the drama is amazing. Preeti didi has made the drama with utmost care. I hope the audience will enjoy the drama very much.”

“For the first time I have worked with Jovan. He is one of the talented small screen actors in this time. He is also very cooperative actor. We have done our job wonderfully in the drama”, Faria added.

Jovan said, “The drama ‘Dearing Caring’ has been made based on the contemporary issues. Thanks to Preeti didi for making such wonderful drama.”

Faria Shahrin is a popular face of the small screen. Faria came to the limelight after ‘Lux Channel i Superstar’ in 2007. She was the first runner-up in the beauty pageant.

Then, she was seen in several television dramas and commercials. Faria starrer only movie was ‘Akash Koto Dure’directed by Samia Zaman.

Jovan also a popular small screen actor of the country.  Earlier, he has acted in three dramas under the direction of Preeti Daut the dramas are ‘Ei Rickshaw Jaben’, ‘Mouchak to Malaysia’, and ‘Bou Churi’.