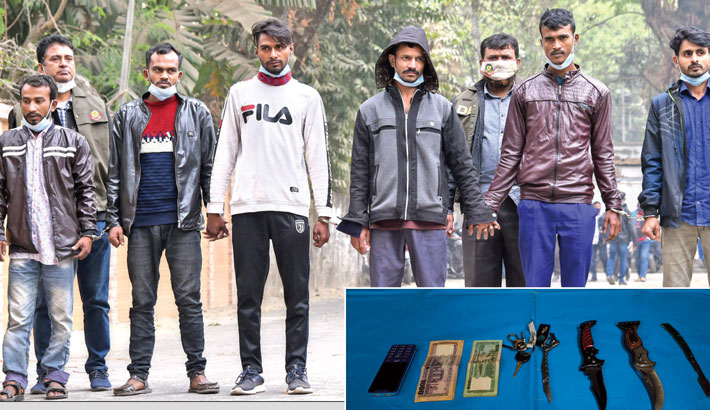 They also seized several sharp knives, mobile phone sets and cash from them.

The arrestees are identified as Sajal, Musa, Bachchu, Sajib, Munna and Siddque.

They were reportedly involved in a recent murder and in snatching valuables from a vegetable trader in the capital’s Airport road.

Police said the arrestees are members of an organised robber gang who travelled on a pick-up in the middle of the night to rob people.

During preliminary interrogation, they confessed to their crime.