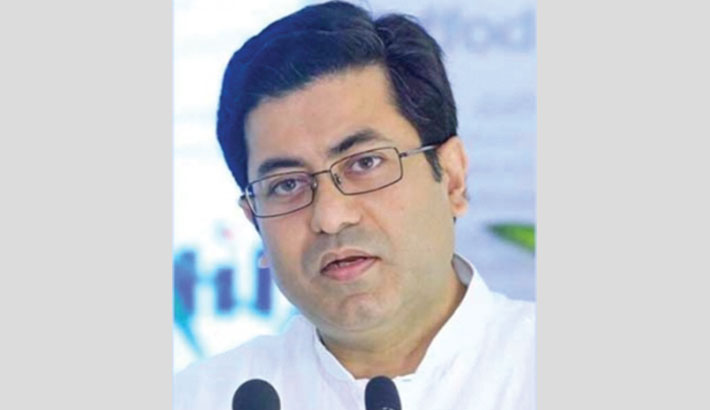 Dhaka South City Corporation (DSCC) Mayor Sheikh Fazle Noor Taposh on Wednesday said they are working hard to offer the next generation a developed city before 2041.

“We will turn the whole Dhaka into an aesthetic city before 2041. The capital of developed Bangladesh will be our beloved Dhaka,” he said.

He made the remarks at the inaugural ceremony of newly renovated “Motijheel Park” at Motijheel in the capital.  He said that DSCC has drawn up a massive development plan to reach the target.

Earlier, the DSCC mayor visited the clean-up drive at the Jirani Canal.  While briefing reporters on the spot, he said, “We are carrying out a massive work to clean and recover the canals form illegal grabbers. Even if we cannot restore our canals as per cadastral survey, we can ensure water flow in the canals and rid our residents of water-logging problems.”

He said the activities will end by March.

“The activities are being carried out with our own fund. We have to spend Tk 1 billion for the development of infrastructure and Tk 2-2.5 million for cleanliness campaign,” said Taposh.