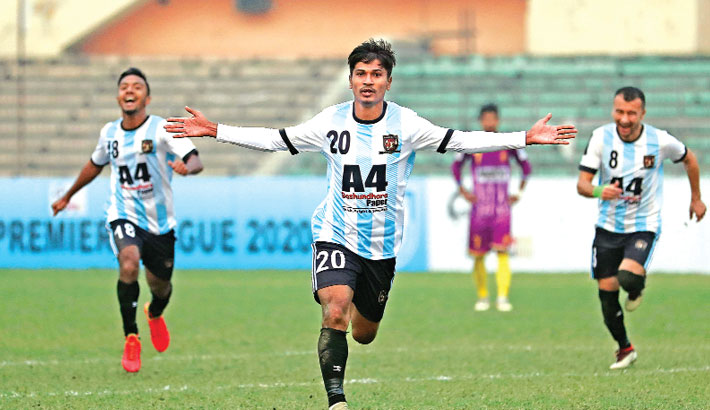 Sheikh Jamal Dhanmondi Club Limited made a winning start in the Bangladesh Premier League as they beat Chittagong Abahoni Limited by 2-1 margin at the Bangabandhu National Stadium on Monday.

Otabek opened the account for Sheikh Jamal from a free-kick as his powerful right-footed shot found the net in the 40th minute (1-0).

Local midfielder Nurul Absar doubled the margin in the second half with a header off a cross from defender Monir Hossain in the 50th minute (2-0).

Brazilian forward Nixon finally got the chance to reduce the margin in the 84th minute after his team were awarded a penalty (2-1) with Sheikh Jamal defender Monir committed a handball inside the box.

With this match, the first round matches of the ongoing edition of Bangladesh Premier League ended on Monday and the second round will kick-off today with Bashundhara Kings playing against Bangladesh Police FC.