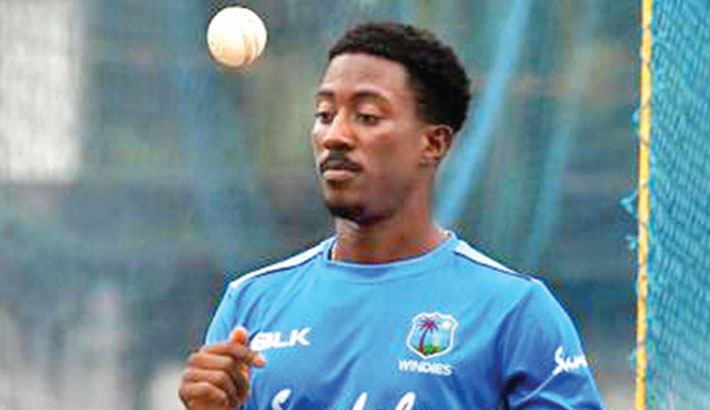 Hayden Walsh Jr has tested positive for COVID-19 in Bangladesh and has subsequently been ruled out of the upcoming three-match ODI series, said Cricket West Indies on Friday.

The ODI series will begin in Dhaka on January 20 followed by the second game on 22 while the series concluding last game will be played at Chattogram on January 25.

The West Indies leg-spinner, who is asymptomatic, had returned a negative test result upon arrival in Bangladesh on the weekend. However, he returned a positive result in Dhaka in the PCR test administered on Wednesday (January 13).

The result was further verified by a second positive test on Thursday.

“No primary contact to Walsh has been established as the West Indies touring squad has remained in individual isolation since their arrival. The spinner will continue to stay isolated from the rest of the West Indies squad until he returns two negative PCR tests,” said a press release.

The series, however, will go ahead as scheduled since all other members of the touring party have returned two negative tests after undergoing a total of four tests in the last 11 days.

West Indies ODI team vice-captain Sunil Ambris said that he was scared initially after hearing the news of Walsh Jr’s corona but got over it gradually.

“It is a very sad situation. When I heard about it, to be honest I was scared. Personally, that’s out of my mind now. Just think ahead, try to stay safe and be positive,” said Sunil Ambris.