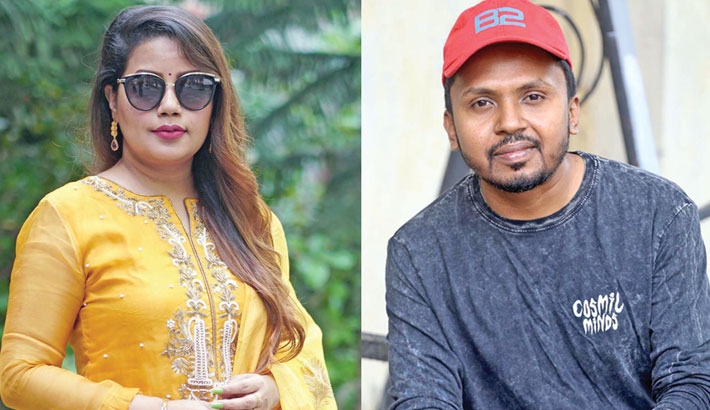 Komol Sarker is the director of the movie. He has himself written the lyrics of the song while A Rahman Bablu has arranged the music of the track.

Talking about the song, Kona said, “After a long hiatus, I have lent my voice to a song with Belal Khan. It is a romantic genre song. The lyrics and tune of the track are amazing. I’ve tried my level best to lend my voice to the song. I hope the audience will also enjoy the song very much.”

Belal Khan said, “I’m very happy that, I have started the New Year with a beautiful song. Kona has also lent her voice to the track wonderfully. I’m very optimistic about the song.”

Belal Khan is a popular music composer and singer of the country. He was awarded Bangladesh National Film Award for Best Music Composition in 2016 for his music composition in the film ‘Nekabborer Mohaproyan’.

Belal Khan started his career in music composition through the film ‘Pagol Tor Jonno Re’ in 2011. His composition of the song ‘Nishipokkhi’ earned him the national award. The song was written by Masud Pathik and sung by Momtoz Begum. Both were also awarded for the same song in their respective categories.

On the other hand, Dilshad Nahar Kona is a popular singer in this time. Her first album was released in 1999, though she prefers to say that her debut album is ‘Jamitik Bhalobasha’, which was released in 2006. She was one of the seven singers of the official song of International Cricket Council (ICC) World Twenty20 Bangladesh 2014.

Kona was also declared the Showbiz Style Icon on February 20 in 2016.