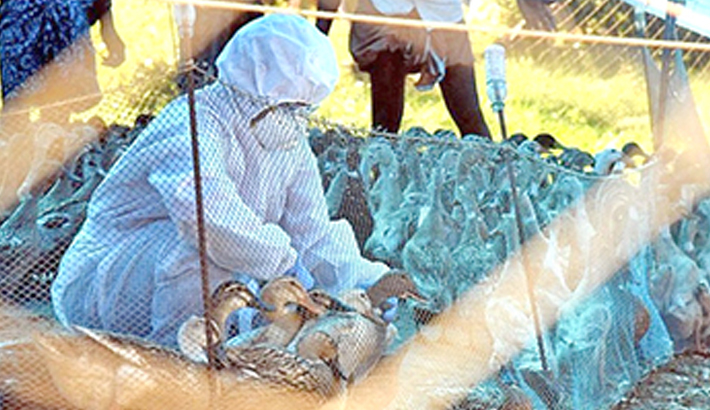 India has begun culling tens of thousands of poultry birds after wild geese, crows and ducks across the country tested positive for avian flu.

Officials first detected the H5N8 strain a week ago after flocks of birds were found dead in various states, reports BBC.

The federal government has issued a “high alert”, asking states to take “urgent measures” to curb the spread. While most strains are low risk to humans, people are advised not to touch dead or visibly sick birds. The alert comes as India continues to battle the coronavirus pandemic. While case numbers have been falling, the country is also preparing to roll out a massive vaccination programme to inoculate hundreds of millions in the next few months.

So states have been quick to act on reports of bird flu, announcing culling of poultry and other measures.

Poultry shops have also been closed in some districts and the sale of eggs has been stopped.

The virus has, however, affected other species of birds too.

In the northern state of Himachal Pradesh, some 2,400 migratory birds - mostly bar-headed geese that fly in from Siberia and Mongolia - were found dead around the Pong Dam lake, veterinary pathologist Vikram Singh told BBC Hindi.

“An alert has been issued within a 10km (six mile) radius of this dam. No bird flu symptoms have been found in poultry yet as there is no poultry farm in this area,” he added.

In the southern state of Kerala, officials have said as many as 12,000 ducks have died, and have announced plans to cull more than 36,000 birds as per the state’s guidelines.

In Indore city, where 50 crow carcasses were found, officials said they were also surveying nearby residents for symptoms like such as cold, cough and fever.

Officials told BBC Hindi the entire state is on alert and a control room has been created to tackle the situation.

While the northern state of Haryana has reported the deaths of hundreds of poultry birds, it’s unclear if they have tested positive for bird flu yet.

Gujarat in the west and Rajasthan in the north are two other states that are on high alert after bird flu has been detected in dead crows and other wild birds.