Looking back to major cultural events 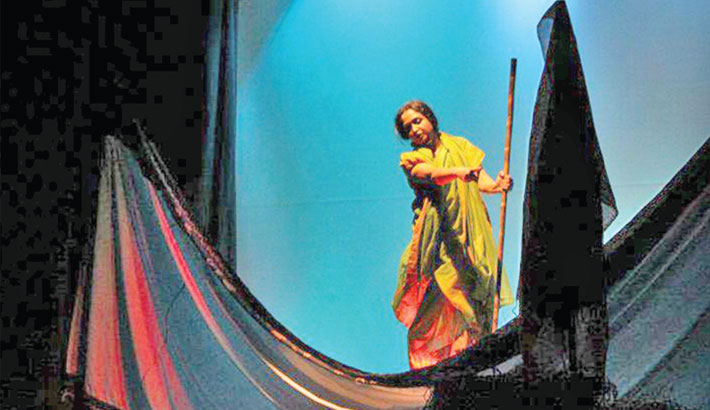 A scene from the play Lal Jamin

After midnight the world will see another new year, 2020, ringing out the old one forever. The outgoing year won’t go down in history as it saw some major cultural events around the globe. Locally, Bangladesh was no exception. Although the coronavirus pandemic pulled the plug on many theaters, concerts and festivals in 2020, there were still major cultural events worth remembering the outgoing year. Here we take a look back at some of the highlights.

The 18th Dhaka International Film Festival (DIFF) was held on January 11 to January 19 with the theme of ‘Better Film, Better Audience and Better Society’. A total of 220 films from 74 countries were screened at the festival.

The first ever beach cultural festival in Bangladesh titled ‘Beach Cultural Festival-2020’ was held at Cox’s Bazar sea beach on January 24 and 25 aiming to showcase the country’s reach cultural heritage. Bangladesh Shilpakala Academy in association with Cox’s Bazar District Administration organised the two-day cultural festival with around 500 artistes from across the country.

The fifth edition of Dhaka Art Summit, the biggest exhibition of South Asian art works and paintings was held at Bangladesh Shilpakala Academy (BSA) on February 7 to February 15.

Besides Bangladesh, there are 500 painters, sculptors, curators, art critics, art professionals, art collectors, architects and media personalities from 44 countries participated at the exhibition.

The first-ever National Drama Festival was held at Bangladesh Shilpakala Academy (BSA) from February 12 to February 29. More than 400 drama groups across 64 districts participated in this festival.

Popular actor Salman Shah took his own life, the Police Bureau of Investigation (PBI) said in its final report on February 24. PIB Deputy Inspector General (DIG) Monoz Kumar disclosed the findings at a press briefing at its headquarters in Dhanmondi on the morning. The report said various personal issues drove the actor to kill himself. 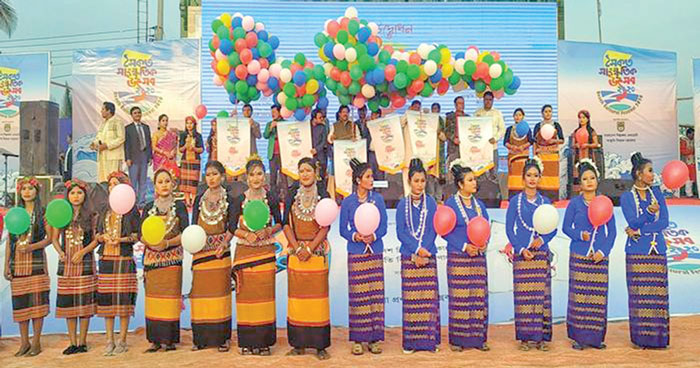 Shahriar Chowdhury Emon, who took the screen name Salman Shah and saw a mercurial rise to popularity among filmgoers in the 1990s, was found dead at his Eskaton Road residence on September 6 in 1996 at the  age of 25.

Theatre venues in the capital closed their doors on March 18. As a result, theatre troupes were left with no other option but holding virtual events. However, virtual theatre shows could hardly satisfy theatre lovers.

The Ministry of Information announced the name of Bangladesh National Film Awards 2019 winners on December 3. The names of winning artistes and film professionals in 26 categories were declared through a notice on the Information Ministry website.

The films ‘No Dorai’ and ‘Fagun Haway’ have got the Best Film award while Tariq Anam Khan has been named as the best actor and Sunerah Binte Kamal as best actress.