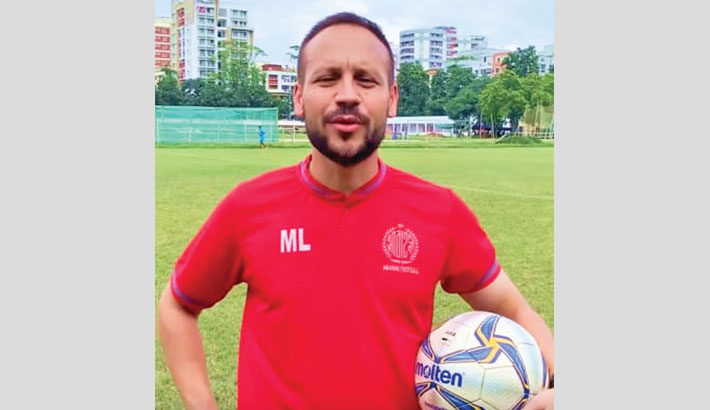 “The set pieces are the key of the game, these are part of the game. You can score with set pieces and by open play. I try to train them (players) in every way, in the last three days I’ve been doing set pieces. Every three days we have been doing set pieces. They (MSC) also have set pieces, but they couldn’t score goal.  Mashi is very aggressive. He won long throw-ins, scored goals. Masih is very important for the balance of the squad,” Lemos told the reporters in a pre-match press conference on Thursday night.

After the half time, Jewel again put the net on fire in the 53rd minute. The midfielder placed the ball from goalmouth melee after Belfort's header dropped off following a throw-in by Rayhan from the left side (3-0).

The 34-year-old Portuguese believed his side are able to play better football.

“As per my standard, I feel that the team can play better, but We have been training for three weeks  and the foreign players have been eight days training with us. I think the players fought, the most important thing in this type of tournament is getting wins. Last year, I had the experience of playing good football and not winning nothing. This year, we want to win and winning this type of game, the derby, is very important and also, our confidence will be high,” Lemos added.

“It (to win derby) always has a different, It’s a derby and we always want to win. Last year, we won 4-0 and this year 3-0. We want to keep winning and our main goal is to win the Federation Cup. Bashundhara Kings have been training since June-July. We have been training for three weeks. I believe we will be ready and will play the best football against them when we will meet them,” he further added.

About their foreign players, Lemos said, “Our foreigners need time. They have been playing for just eight days, they get much time. Bangladesh football is difficult to adapt. They are fit. I thought the team would be 70-75 percent, but they were a little bit less 60—65 percent. I think this game will help them.”