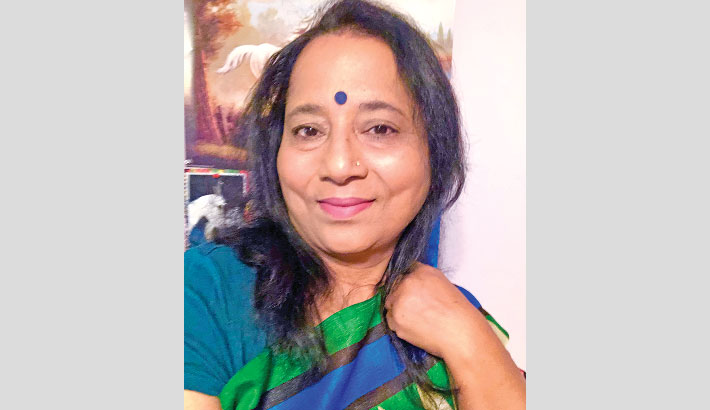 Relationships: One early morning, I was standing in the balcony of our home in Dhaka and saw a young man singing and walking along the street. His voice broke into the quiet morning with these lyrics, "Monore, bhober natto shalay, manush chena dai" one and would mean, it would something like, In this world of drama, it's not possible to see through the human minds. The original song was sung by the famous folk singer Abdul Jabbar. However, that morning melody and the lyrics of the stranger's song's truth struck me and I realize to this day that humans are the most complex, emotional beings.

To ease into the complexities of human nature, there is a saying that the eye is the mirror of the soul. In the present world it holds less credence as people use contact lenses to change the eye colours, use eye makeup, and veil the eyes. Over time people have learned to hide behind their overall appearance and with words. In general, we don't want people to read our ongoing thoughts or to judge us. From the other side of the perspective, it is tough to understand a person beyond what the other wishes to present. The famous saying in Bengali is, manusher moner bhitor dekha jaina or "One cannot go into another human's mind to know that person." All that leaves us with a blind spot to understanding the people around us.

Let's step into another way of calling humans' blindside, what is known as "double-face." A person pretending to be on good terms may not have the best for you in the heart. The hypocrites are tricksters with words and actions. They can earn your full trust by the picture they put up before you or write words to a full game of folly. At times we read accounts of deception in tabloids or watch news coverage of social scandals on the TV.  Stepping back in time, I remember the story of Charles, Prince of Wales, marrying Diana, Princess of Wales. Was he honest with the commitment when he was in a relationship with another woman, Camilla? The resulting unhappiness ended in catastrophe, the Late Princess of Wales getting killed. If Charles had not put a façade to his relationships, perhaps Diana would be alive today. Tragedies like these do not put the wrongdoers in the seat of justice. The broken hearts lead to decay and death, but the damage done remains unrepairable. While we seek justice for wrongs committed in the physical being, when a broken heart bleeds, a judge can't put a bandage to heal it from the inside.

The home is where the heart is, yet we find blind spots among close and loved ones. As parents and guardians, we bring up children with wrong choices, and when they repeat their learning, we blame them. Studies show children of broken homes growing up with emotional insecurities. Parents who are abusive in some way or the other see their children falling into similar patterns. A child cannot judge the difference between a kick or a slap beyond the physical pain.  A slap to a child is not a light tap on the cheek; the underlying message is that it is okay to hit. A family is as much a place of healthy growth of our emotional beings and the broken ones. Relationships are complex, and we often fall into the traps of saying or acting in painful ways to others. Stress, anxiety, fear, and worries are like double-edged swords that attack us from the dark pits of emotions.

It is not possible to be a likable person or to like everyone always; at best, we can put a distance people between people we are not compatible with instead of pretending. Toxic relationships do more harm than good. As wise people say, silence is the best when one cannot fall into pace in a relationship or move away. The psychologists are there to help us figure on emotional complexities, but there is a limit to how much they can dig into the human mind. They look into the case history, reflect on the past and present, yet the pills and therapies may fail in curing the ailing hearts. It is impossible to prescribe a perfect medicine for a heart that longs for love; no one can create it in another's heart. As humans, those are our blind spots.

Sleep: Good dreams are like magic wings that touch us in sleep and leave us with a lingering good feeling about the time ahead. On the other hand, nightmares shake us; try as we might, we can't always keep them away from the anxiousness they cause. Good or bad, scientific and spiritual interpretations offer explanations, and yet they are not proven facts. We sleep, dream, and wake up with confusion: What did the nightmare or the dream mean?

Sigmund Freud has revealed studies on theories of dreams. Yet they may not be answers for everyone as each individual is different with his or her life. There is the suggestion of dreams being a way for the sleeping brain to organize itself. On the other hand, spirituality suggests that sleeping is having the soul leave the body and return upon awakening. One truth that leads to the other, and it is like efforts to understand dreams, is to read into the universe and its secrets. We can assume and debate but cannot ascertain the outcome of dreams. As Sonia, a school teacher, says, "I grew up in a home with many books on interpretations of dreams and always paid attention to them. But know that like many puzzles in life, they shall always be unsolved ones."

Life is supposed to come from nothingness and end in nothingness too. However, the time in between is filled with voids, blind alleys that make life a mystery.