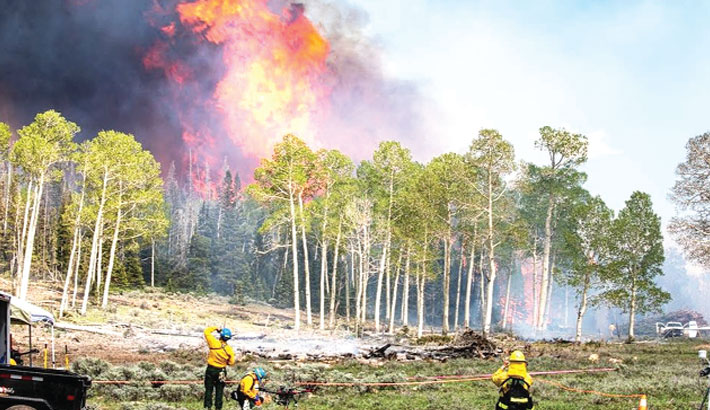 Smoke from wildfires could be a surprising new route for the spread of infections, according to research, reports BBC.

Scientist say that microbes and fungi can survive in large numbers in smoky plumes.

The authors believe it’s likely that organisms from the soil, known to cause infection, could be transferred in this way.

It has also been assumed that if smoke poses a threat to human health, it’s because it is full of particulate matter.

These microscopic particles of soot are known to be a severe irritant, causing respiratory and cardiovascular issues.

However, there has been growing concern that wildfire smoke could also carry infectious microbes or fungi. The US Centers for Disease Control (CDC0 says that firefighters are at risk of coccidioidomycosis, a common infection caused by a fungus that becomes airborne when soils are disturbed.