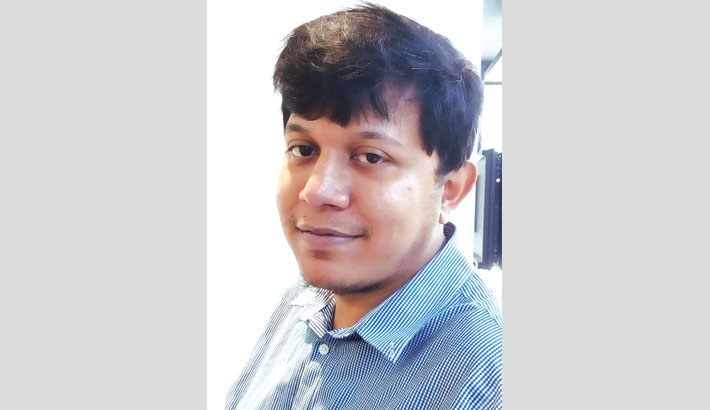 Honourable Prime Minister Sheikh Hasina has answered her critics once again. She has repaid the trust that we have bestowed upon her by rewarding us with the much-talked-about and revered Padma Bridge. Hitherto the World Bank officials thought that we would not be able to start working on the bridge without their funds. They questioned our motives and accused one former minister of unbridled corruption although that had not any substantial evidence to lay stake to their claims. Hasina has given them her cold shoulder and singlehandedly decided to give a green signal to the construction work with funding coming from our hard-earned tax-moneys and state revenues. We wondered whether it would be a dream unfulfilled or not. The opposition laughed her off. They questioned her tactics and attempted to remind the nation that Bangladesh Awami League would fail their election manifesto of building up a bridge by the year 2021. Lo and behold! The bridge will run its operation from December 2021. With due respect, I would now request the naysayers to eat their humble pies. Instead of looking for excreting even in the clean water, they should feel proud of the massive repair-works that the current government has undertaken.

Thanks to Padma Bridge Executive Engineer Dewan Md Abdul Quader for overseeing the linkup of “both the banks of the River Padma” with the last span of installation. I would like to echo Road Transport and Bridges Minister Obaidul Quader’s sentiment “The Padma Bridge is now visible after many hurdles were overcome under the efficient and far-sighted leadership of the daughter of the Father of the Nation Prime Minister Sheikh Hasina” (Hasibul Aman, Daily Star, 11 December 2020). The bridge will bring revenues and reduce poverty. It is going to be a tourist sight. Hasina has shown that anything is possible if one has the vision to implement and blueprint to follow. We tend to give up so easily when things do not go our way. Human beings tend to buckle under pressure but Hasina has clearly shown that we should not balk at taking decisions that we had initially thought to be right. In other words, we should have a risk-taking tendency even if there are troubled waters under the bridge.

The span installation work hit a lull period due to Covid-pandemic-lockdown and the river current obstructing the “floating crane from reaching the designated piers” (Daily Sun, 11 December 2020) from June 11 till October 10 this year. The project work went through several delays. The World Bank refused to sanction $ 1.2 bn loan in 2012. When then global lender failed to live up to its promise, Hasina “decided to go alone and build the bridge with own funds” (Shawkat Ali Khan, Daily Sun, 11 December 2020). Professor Abdul Mannan, a staunch supporter of Sheikh Hasina,  in his article “Reinventing the Might of Bangladesh” heaps praise on her for averting severe pressures from the World Bank and “a number of their cronies” who “conspired to torpedo the project crying foul and corruption and withholding the promised funding” ( Daily Sun, 11 December 2020). Mannan rightly eulogises Hasina for “her courage” which shows “That Bangladesh can, with the installation of the last span of the Padma Bridge on Thursday, proudly say, come what may, with visionary leadership, a sense of confidence and courage sometimes impossible dreams can be realised.”

I sincerely hope and pray that the project ends on a successful note. It is going to improve connectivity and develop the financial situation, especially in Barisal. Dr. AB Mirza AzizulIslam, the former finance adviser to the caretaker government, thinks that the annexation between the southern and western parts of the country will create new employment opportunities and “boost economic activities” (Daily Sun, 11 December 2020). Prof. Atiur Rahman, former Bangladesh Bank Governor, opines that the bridge will benefit not only the southern hemisphere but also the entire country. He delights in saying, “We will be a part of the Asian Highway through this mega bridge. Mongla and Payra port will be more vibrant and add additional value to our trade and commerce. These ports will also facilitate trade and commerce with the adjoining regions of the neighbouring countries like India, Nepal and Bhutan.” (Daily Sun, December 11, 2020)

The way our miscreants and religious bigots are trying to create unnecessary furores with Bangabandhu’a sculptures is appalling.  Daily Sun reports show and prove that most Muslim countries have sculptures. Nobody is worshipping them. It seems the progenies of war criminals are still at large. They are trying to make our country conservative and androgynous. Armchair critics are trying to find faults in the development work of Padma Bridge. Let them live peacefully in Pakistan. The Padma is our pride, so is the bridge that the mother of humanity has gifted us with. May Allah keep the evil-doers away from the bridge. Let only the patriots walk ply their vehicles on the epicentre of the bridge. We all need to preserve and protect our heritage at all costs. Let this Padma Bridge bring prosperity!

The writer is a lecturer, Department of English,  Chittagong Independent University.