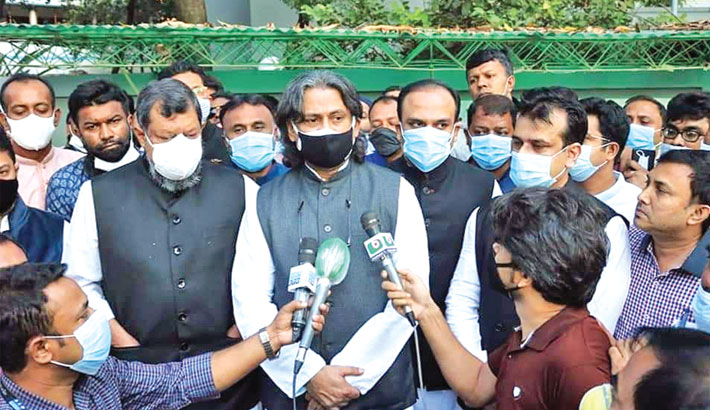 Jubo League is a name of pride and glory, symbolising the saying-“Youth is the best time to go for war.’’ With the utmost pride and firm determination, Bangladesh Awami Jubo League was formed under the guidelines of the Father of the Nation Bangabandhu Sheikh Mujibur Rahman and now it is working relentlessly to eradicate all ignorance prevailing in the society. Jubo league is a platform of making the youth fit for the world.

After the War of Liberation, Bangladesh had to face untold sufferings and miseries. The newborn country was in a condition of economic plight. Bangabandhu took some quick, significant and sustainable steps to restructure the newborn state and save the nation from misery. As a prudent leader, the Father of the Nation realised that we need to utilise the power of youth. In a war torn country, confusion and disbelief may divert the young folks from the right path. Thus, on November 11, 1972 Sheikh Fazlul Haque Moni formed Bangladesh Awami Jubo League under the instruction of Bangabandhu. 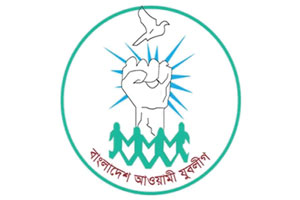 After the assassination of Bangabandhu and most of his family members on August 15, 1975, leaders, supporters and activists of Jubo League were in strong sense of determination to take action and risk their lives to raise their voices against the killers. For this, they had to face unending sufferings. Very often, they led a life of absconder. Sometimes they were arrested and tortured. On May 17, 1981 after the return of Bangabandhu’s daughter Sheikh Hasina from exile, Jubo League played the propelling role of torchbearer to guard her and help unite Awami League throughout the country. Under the directions of Sheikh Hasina, Jubo League was in the condition of fighting against injustice, misrule, dictatorship or anti-nationalism.

During the movement against Ershad’s dictatorship a number of leaders and activists of Jubo League sacrificed their lives. Some were imprisoned, attacked and prosecuted brutally. The murder of Nur Hussain bears testimony to this. After that, Khaleda Zia unveiled her misrule in true colour in 1991. To save the country from the clutches of Khaleda Zia’s suppression and oppression, Jubo League emerged as a safeguard. In 1997-98, Jubo League stood by the flood affected people. Besides, Jubo League is performing its role as a supporting force in building Sonar Bangla along with the people’s leader Sheikh Hasina.

Inspite having such a heroic role, why does political stigma descend upon Jubo League? A few perverted and misguided members are behind this. They were not only connected to the “Casino-scandal” but also involved in corruption and irregularities. Jubo League had to suffer for the misdeeds of a few derailed leaders and activists.

Our Honourable Prime Minister Sheikh Hasina does not compromise with injustice. That’s why she has taken stern actions against those derailed activists and she wants the Jubo League to focus on its glorious political organisation. On November 23, 2019, the seventh congress of Jubo League was held. She selected the energetic Sheikh Fazle Shams Parash as chairman of Jubo League. Sheikh Parash is not only a symbol of merit and wisdom but also a descendent of founder chairman Sheikh Fazlul Haque Moni. He is a prominent teacher by profession. The young and energetic Mainul Hossain Khan Nikill was selected general secretary.

Under the instructions of Sheikh Parash, Jubo League has taken some praiseworthy humanitarian programs and already achieved a prestigious milestone. Jubo League has shown significant examples of humanity during the Covid-19 pandemic and stood by the helpless people.

Under the directives of the Prime Minister, Jubo League provided 43.5 million poverty stricken people with food throughout the country, distributed homemade Iftar and virus protection materials.

Responding to the call of the Prime Minister that, “Wherever we are and with whatever you have, you should come forward to assist the distressed”. Jubo League chairman asked every leader and activist to take up proper measures by ensuring physical distance to assist the common people. During the catastrophe, sufferings and miseries knew no bounds. The situation worsened when the northern part of the country submerged under water due to heavy rainfall in the midst of Covid-19. In this situation the Jubo League leaders and activists provided assistance and daily needs to the flood affected by boats and trawlers.

In the beginning of Covid-19 pandemic, Jubo League launched an awareness campaign which facilitated street people and slum dwellers a lot. After the first case of Covid-19 virus had been diagnosed on March 8, 2020, protective masks, hand sanitisers and soaps were distributed to the common people.

Prior to the impose of lockdown in March, Jubo League started providing daily needs and food aids to the middle class, lower class, poverty stricken people and those who lost their jobs and became unemployed due to coronavirus. The daily necessities - rice, lentils, oil, potatoes, salt, milk and vegetable were provided to the poor including labourers, garment workers, rickshaw and van pullers, the disabled, blind, cobblers, transgender and Vedic community.

During the Covid-19 pandemic, the farmers became helpless because of the labour crisis. Here, Jubo League played a significant role in cutting and harvesting the paddy of the farmers.

In the beginning of April, Jubo League launched 24-hour free ambulance services in Dhaka. Later, this service was also launched in districts and Upazilas. When lockdown was imposed, patients of other fatal diseases were seen in extreme trouble. Jubo League came out for their assistance by providing telemedicine service to the patients. Jubo League has distributed medical safety equipment in the hospitals, health centres and clinics in the capital, districts, Upazilas for the doctors, nurses and health workers.

Throughout the month of Ramadan Jubo League distributed food and Iftar. New clothes and cash were distributed to the autistics on October 26 during the 74th birthday celebration of Prime Minister Sheikh Hasina. On this occasion, Jubo League conducted a tree plantation program throughout the country marking the “Mujib Year”.

During the Covid-19 pandemic, Jubo League chairman Sheikh Parash did his activities relentlessly by communicating with the leaders and activists from the top to bottom virtually.

Cyclone Amphan and recent flood have created an extra burden to the commoners during Covid-19 pandemic. At that time almost all the leaders and activists of Jubo League played a key role along with the government in taking the distressed to the cyclone shelter and supplying dry food. Jubo League leaders and activists are to be seen working with the rural people to fix the broken part of the embankment in some districts. A large number of leaders and activists have been infected with Covid-19 while working in the pandemic situation. Sayem Khandaker, president of the Ward 50 under Dhaka Metropolitan South Jubo League, sacrificed his life too.

The formulation of 201 member central full-fledged committee of Jubo League was going on along with positive and humanitarian activities. After the approval of the Prime Minister, the list of the full-fledged committee was handed over to the chairman and general secretary of Jubo League by Obaidul Quader, General Secretary of Awami League on November 14.

A large number of multitalented and qualified leaders, doctors, engineers, teachers, researchers and journalists have been put in the full-fledged committee. This committee got the approval after the proper verification and selection. Keeping the talented and youths in the central committee, it is being praised by all. Let’s turn our eyes to the full-fledged committee of the central Jubo League.

A platform of former student leaders

We believe that our long cherished dream will be fulfilled through this dedicated, courageous, uncompromising, patriotic, talented and youthful committee. I firmly believe that Jubo League will play the role of volunteers to implement the “Vision-2041” dreamed by our Prime Minister Sheikh Hasina.

The writer is a teacher at a government college