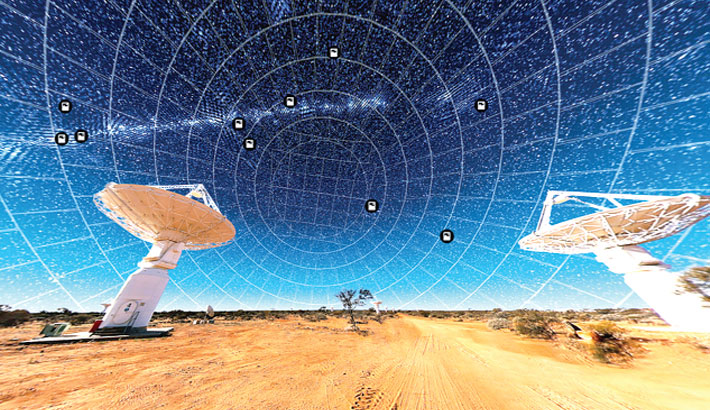 Australian scientists say they have mapped a million new galaxies using an advanced telescope in the desert, reports BBC.

The CSIRO, the national science agency, said its new telescope had created “a new atlas of the universe” in record time - showing unprecedented detail.

It mapped three million galaxies in total, with pictures revealing twice the level of detail of previous surveys, the study said. Astronomers hope the images will lead to new discoveries about the universe. The CSIRO said the mapping took just 300 hours, whereas previous all-sky surveys had taken years.  With the data publicly available, scientists around the world would be able to study “everything from star formation to how galaxies and their super-massive black hole evolve and interact”, said lead author Dr David McConnell.

“We expect to find tens of millions of new galaxies in future surveys,” he added.

The initial results were published on Tuesday in the Publications of the Astronomical Society of Australia.

The Australian Square Kilometre Array Pathfinder (Askap) is a collection of 36 dish antennas which work together to take panoramas of the sky.

The system is located in the southern hemisphere in remote outback Western Australia. It is spread across a 6km (3.7 miles) area at the CSIRO’s Murchison observatory about 700km north of Perth.

By combining signals from smaller dishes, the telescope creates high-resolution images at a fraction of the cost of one very large dish, said the CSIRO.

The huge volumes of data - generated at a faster rate than Australia’s entire internet traffic - are then sent to supercomputer processing facility in Perth to create the images.

Askap conducted its first all-sky survey this year, covering 83% of the sky and covering three million galaxies all up.

The map was stitched together using just 903 highly detailed images. Previous surveys have needed tens of thousands to complete a picture of the sky.

Astronomers said the depth and scale was exciting because by cataloguing the millions of galaxies beyond the Milky Way, they can conduct statistical analyses. These can help with understanding of how the universe evolved and is structured.

The Askap telescope is one of the precursors to an international project to build the world’s largest radio telescope - the Square Kilometre Array, to be located in South Africa and Australia.