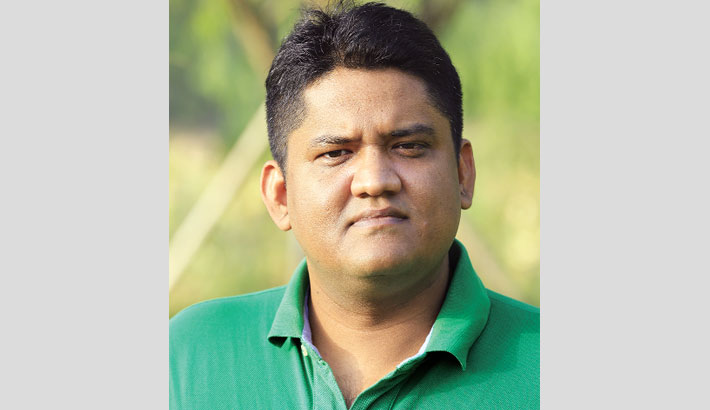 Acquired immunodeficiency syndrome (AIDS) is a chronic, potentially life-threatening condition caused by the human immunodeficiency virus (HIV). In the modern world, the deadliest virus of all may be HIV. It is still the one that is the biggest killer. Every year, on 1 December, the world commemorates World AIDS Day. In 2020, the COVID-19 pandemic has focused the world’s attention on health and how pandemics affect lives and livelihoods. COVID-19 shows how health is interlinked with other critical issues such as reducing inequality, human rights, gender equality, social protection, and economic growth. COVID-19 has demonstrated that, during a pandemic, no one is safe until everyone is safe. Leaving people behind is not an option if we are to succeed. Eliminating stigma and discrimination, putting people at the centre, and grounding our responses in human rights and gender-responsive approaches are vital to ending the colliding pandemics of HIV and COVID-19. The theme of World AIDS Day 2020 is “Global solidarity, shared responsibility”.

Global solidarity and shared responsibility require to view global health responses, including the AIDS response, in a new way. It needs the world to come together to ensure that health is fully financed. Governments must come together and find new ways to ensure that health care is fully funded. No country can do it alone. Domestic and international funding for health must be increased. Health systems are strengthened. Investments in the AIDS response in the past few decades have helped strengthen health systems and support the COVID-19 response. But more needs to be done to improve health systems further and protect health-care workers.

Access is ensured. Life-saving medicines, vaccines, and diagnostics must be considered as public goods. There must be global solidarity and shared responsibility to ensure that no individual, community, or country is left behind in accessing life-saving health commodities. Human rights are respected. A human rights approach applied everywhere will produce sustainable results for health. The rights of women and girls and gender equality are at the centre. The COVID-19 pandemic has significantly affected women’s livelihoods, which have been disproportionately affected by lockdown measures, and lockdowns have increased violence against women in household settings. Women must be included in decision-making processes that affect their lives. The world cannot afford rollbacks in decades of hard-won gains in gender equality.

HIV continues to be a major global public health issue, having claimed almost 33 million lives so far. However, with increasing access to effective HIV prevention, diagnosis, treatment, and care, HIV infection has become a manageable chronic health condition, enabling people living with HIV to lead long and healthy lives. An estimated 38.0 million people were living with HIV at the end of 2019. As a result of concerted international efforts to respond to HIV, coverage of services has been steadily increasing. In 2019, 68% of adults and 53% of children living with HIV globally were receiving lifelong antiretroviral therapy (ART). A great majority (85%) of pregnant and breastfeeding women living with HIV also received ART, which protects their health and ensures the prevention of HIV transmission to their newborns. However, not everyone can access HIV testing, treatment, and care. Notably, the 2018 Super-Fast-Track targets for reducing new paediatric HIV infections to 40,000 were not achieved. Global targets for 2020 are at risk of being missed unless rapid action is taken. Due to gaps in HIV services, 690,000 people died from HIV-related causes in 2019, and 1.7 million people were newly infected. Key population groups and their sexual partners accounted for over 60% of all new HIV infections globally among 15-49 years (an estimated 62%) in 2019. In eastern European and central Asia, Asia and the Pacific, central and west Europe and North America, and the Middle East and North Africa, these groups accounted for over 95% of new HIV infections in each of these regions.

The World Health Organization (WHO) defines key populations as people in populations with increased HIV risk in all countries and regions. Key populations include men who have sex with men; people who inject drugs; people in prisons and other closed settings; sex workers and their clients; and transgender people. Besides, given their life circumstances, a range of different populations may be particularly vulnerable, and an increased risk of HIV infection, such as adolescent girls and young women in southern and eastern Africa and indigenous peoples in some communities. Increased HIV vulnerability is often associated with legal and social factors, which increases exposure to risk situations and creates barriers to accessing effective, quality, and affordable HIV prevention, testing, and treatment services.

Even though Bangladesh is a low HIV prevalence country, there have been 919 positive people identified in 2019. The virus killed 170, the highest ever in a single year in Bangladesh. A total of 7374 people were infected with HIV in Bangladesh till now. Of them, 1242 people died, and 105 people were from Rohingya background. Respect for social, religious, and family norms and values may reduce HIV infection. Bangladesh is ahead of many other countries as far as identifying the disease and providing treatment is concerned.

According to a recent research study titled ‘Role of Mass Media, Reducing Stigma and Discrimination towards HIV and AIDS,’ it is revealed that Dhaka witnesses the highest HIV-positive people in Bangladesh. Over one-third of the total HIV positive people live in Dhaka, the highest among 23 high-risk districts under surveillance. The number of people living with HIV in Dhaka is 2,572, of whom 35 per cent are returnee migrants. Sometimes the returnee migrants hide their disease and spread it in the families. The overall HIV rate among the returnee migrants and non-resident Bangladeshis in the country is 20 per cent. The second highest categories of HIV positive in Dhaka are the injecting drug users, who are 24 per cent. In Bangladesh, 50 per cent of HIV positive cases are still missing as only 7,400 cases out of the total 14,000 are detected, posing a great risk. HIV-AIDS prevalence is 0.01 per cent among the population and 3.99 per cent among key populations, including female sex workers, transgender, and people who use drugs by injection. Positivity among people who inject drugs in Dhaka is 2.0 per cent.

The COVID-19 pandemic has revealed the entrenched inequalities existing in our societies. This health crisis, like many others, is hitting the poorest and most vulnerable the hardest. COVID-19 crisis has exacerbated the challenges faced by people living with HIV, women and girls, and key populations, including accessing life-saving health care, and how the crisis has widened the social and economic inequalities that increase the vulnerability of marginalised groups to HIV. However, this crisis has also been a wake-up call, an opportunity to do things differently-better, and together.