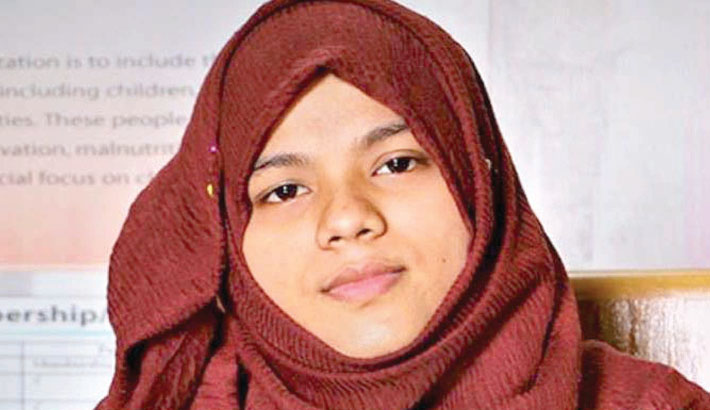 COX’S BAZAR: Rima Sultana Rimu, one of the two Bangladeshi women named in the list of 100 inspiring and influential women from around the world for 2020 revealed by the BBC, is a role model of astonishing fortitude.

Daughter of a farmer from Razarkul Union in Ramu upazila, Rimu overcame all the odds to complete her education. Now, being an active member of ‘Young Women Leaders for Peace’ in Cox’s Bazar that works for the empowerment of young women from conflict zones, she is paying back to society.

In fact, for the past three years, she has been playing a key role in providing education to women and children at Rohingya camps, who are deprived of formal studies. Rimu has also been raising awareness among the Rohingyas on various issues, including child marriage, dowry and domestic violence.

She also uses mass media like radio broadcasts and road plays to create awareness among the Rohingyas about the UN Security Council's recommendations on women, peace and security. "Prime Minister Sheikh Hasina is my inspiration and the Jago Nari Foundation acted as a bridge for moving ahead," Rimu said.

For its list of 100 inspiring and influential women, BBC was looking for candidates who had made headlines or influenced important stories over the past 12 months, as well as those who have inspiring stories to tell, achieved something significant or influenced their societies in ways that wouldn't necessarily hog media limelight.