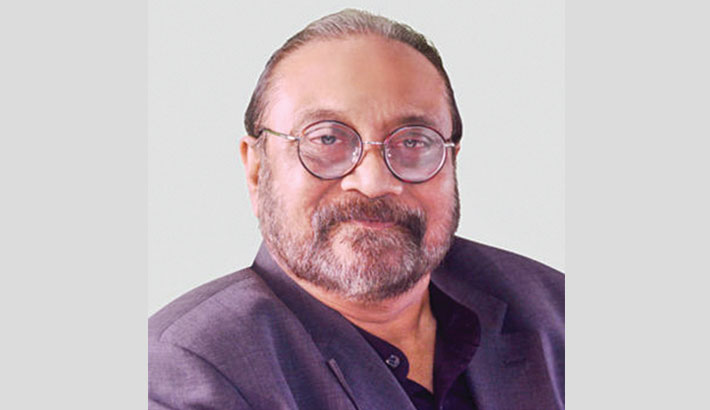 Legendary actor and freedom fighter Aly Zaker passed away at a hospital in the capital on Friday. He was 76.

The Ekushey Padak-winning actor breathed his last around 6:40am at United Hospital.

He was diagnosed with Covid-19 two days prior to his death. Besides, he had been suffering from cancer for the last four years.

Earlier on November 17, the actor was admitted to Bangladesh Specialized Hospital with cardiac related complications.

His body was taken to the Liberation War Museum and his work place Asiatic 3sixty office where his colleagues and dear ones paid their last tribute to him.

He was laid to rest at the capital’s Banani Graveyard following his namaz-e-janaza after Asr prayers.

He prayed for eternal peace of the departed soul and conveyed deep sympathy to the bereaved family members.

Prime Minister Sheikh Hasina, in her condolence message, said, “Zaker’s contribution to the Great Liberation War and the country’s art and culture arena will be remembered for long.”

Zaker was born on November 6, 1944 in Chattogram. He was the third among four children of his parents Muhammad Taher and Rezia Taher.

He studied at St Gregory’s High School, Notre Dame College, and graduated from the University of Dhaka.

He started his career in Karachi in 1966 with WS Crawfords Ltd, a UK-based advertising agency. He joined East Asiatic Advertising Ltd in 1968 and pioneered the concept of modern advertising and consumer research in the then East Pakistan.

During the Liberation War, Aly Zaker was trained at Sector 8 under Major General Manzoor, but Alamgir Kabir took him to join at Shadhin Bangla Betar Kendra.

He visited the front several times to take interviews and played a crucial role to introduce and continue English broadcasts at the Shadhin Bangla Betar Kendra.

Within a few days, he joined Nagorik Natya Sampradaya and continued acting on the stage for them till his last years.

Aly Zaker was one of the finest actors of the country who dedicated his all efforts to take Bangladesh’s stage drama into pinnacle of success.

His brilliant performances on stage and portrayal of outstanding characters like Dewan Gazi in ‘Dewan Gazir Kissa’, Nurul Din in ‘Nurul Diner Shara Jibon’, Galileo in ‘Galileo’, Macbeth in ‘Macbeth’ made him one of the most influential actors of the country.

Apart from stage acting, he appeared in 300 television plays. His remarkable acting in the role of Mama in ‘Bohubrihi’ and Boro Chacha in ‘Aj Robibar’ made him a popular small screen star.

Besides, he enthralled the viewers with his performance in a few good films, including ‘Agami’, ‘Nodir Nam Modhumoti’, and ‘Rabeya’.

Aly Zaker married eminent theatre personality Sara Zaker in 1977 and they have a son Iresh Zaker and daughter Sriya Sharbojoya.

A trustee of the Liberation War Museum, he was also a member of the Royal Photographic Society of the United Kingdom.

He was the Group Chairman of Asiatic 3Sixty, a communication group that started with a single company in February 1972.