International day for the elimination of violence against woman

Does T-shirt Provoke Men to Rape? 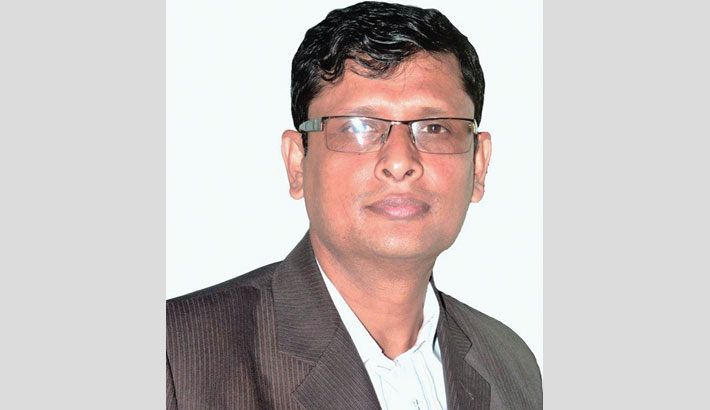 I am, like innumerable people of the country, utterly taken aback by the answer of an independent lawmaker of Bogura-7 constituency that the case of rape and molestation has increased alarmingly as women are now outfitted with T-shirt and V-trousers in the streets. In an interview with an English daily, Rezaul Karim Bablu also claims some more controversial issues about gender imparity and women’s freedom and men’s lust towards them. His words just echoed back to the debauchery theory of Hefazat-e-Islam head late Shah Ahmad Shafi. In an occasion to comment on the Women and Children Repression Prevention (Amendment) Bill 2020, the lawmaker made vituperative criticism against feminist approaches of the society and said those are women who are solely responsible for being raped.

Anything from ordinary people does affect very little in society but when something to be heard from a lawmaker, a member of the body of law-making, then its gravity increases and its effect on society takes a new turn. Rezaul Karim Bablu’s comment is utterly confusing, derogatory and insulting to women. At the same time, this sort of approach is fully unbefitting and un-suave and, of course, it needs to be scored off. He is a member of the house where the leader of the treasury bench and opposition are female and the speaker is also of the same gender.  I become astounded because no formal complaint from anyone in the house is yet to place.

What does a man believe within the boundary of his drawing room is really insignificant but a man running with the most significant part of the state cannot make such comment as he sermonised most unverifiable and unlawful speeches during the interview. I should press down his unconfirmed report about woman molestation.

Manusher Jonno Foundation (MJF) reports after a survey conducted on 53, 340 women and children in 53 districts in Bangladesh that a total of 13494 women and children have fallen victim to various forms of violence including rape and murder. Among them, the most horrifying cases are ensued by their nearest ones because there were no chances to go outside of the home during the time of lockdown. Surprisingly, some cases are recorded as very unspeakable that fathers raped their daughters, brothers to sisters, even son to his mother. To the best of our knowledge, none of these cases are found to wear T-shirts of women in the house and not a single example was explored where girls wearing T-shirts were raped by their siblings or cousin. MJF also reveals that this report is substantially limited because during the tele-conversation with the interviewers their nearest-ones surrounded them. As a result, many cases were unreported in the survey.

An independent survey claims that during the entire lockdown period 4 women were raped every day on average and 632 rape cases are noticed between April and August where the attempt cases are huge in number. The wave of the case is intolerably unbounded and it is termed as the silent pandemic in the country. Rape cases became a regular social phenomenon in the present state and it seems to be tolerable to everyone. Social workers, crime investigators, psycho-analysts find the incidents on the rise.

Is a particular dress up responsible for molestation? For argument's sake if we concede the proposition, however, I have no explanation for the case of minor girls or octogenarian. Even we have a huge number of examples where small boys are molested by their teachers at madrasah hostels. Many boys are found to express their traumatic experience of how they came to have such a disastrous moment at their place. Surveys confirmed that at least 433 cases of rape have been recorded in madrasah last year and most of the victims are aged 7 to 12. The exact number is of course beyond the statistics, I aver.

What makes people involved in such a crime in spite of having sufficient laws? The culture of impunity, the very process of investigation and its procrastination, and social harassments are the principal obstacles to getting justice. It is often said that females are raped for the second time before the court while seeking justice

Rezaul Karim of course understands the truth that rape cases do not confine to an age boundary or any particular dress-up. Bangladesh constitution neither prescribe any particular dress code for females nor it does prohibit any dress. Choosing a dress is very personal and it depends on the on-going trend that flows from one place to another. Bablu will explore that the range of violence is astonishingly widened. House helps, schoolgirls, garment workers, university students, teachers, or even mentally retarded women are acquitting of.

The University of Washington’s Institute for Health Metrics and Evaluation (IHME) studied 22 countries including Pakistan, Saudi Arabia, Egypt, Jordan, Afghanistan, Qatar, Kuwait, and Morocco, where they find that “these countries have highest rates of suicide, murder, rape, and mental health problems”. According to Bablu, this statistic would have been different because they are likely to follow the dress code. But the dress code did fail to thwart rape and harassment there.

He must know that rape is a psycho-physical disorder of molester and the craving for alternative sex is essentially prevalent in almost all potential people in the world. But, it is absolutely improper to violate one’s psycho-physical right transgressing his/her will. Decades ago, I curiously found a survey conducted by ICDDRB and BRAC where it is found that about fifty per cent of people in Bangladesh have an experience of premarital sex through mutual cooperation between them. It includes all types of men and women regardless of their dress-up and living standard. This is the picture of whether you accept or not.

Yes, what Bangladesh recently revised the punishment mode for woman and child repression may have mixed reaction among the experts but there is no alternative to that of a prevention method. Genuine rapists must be punished. And, it must be conceded that no one will be escaped from this disaster no matter you wear jeans, T-shirts, hijab or niqab.  To observe the international day for the elimination of violence against women we need to have the commitment to eliminate the shadow pandemic.

The writer is a professor, department of Philosophy, Jagannath University.