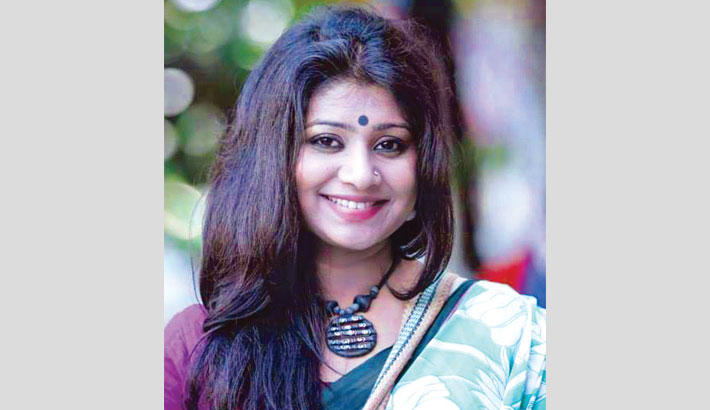 Recently, an incident has been gone viral on social media. A 14-year-old poor girl died of excessive vaginal bleeding after just 34 days of her marriage. She was married to a 34-year-old man. Her poverty-stricken parents wanted to overcome the burden of feeding and educating their daughter. So, they decided to give her hand to a man with a “handsome” income. I strongly believe that no parents in this world want anything bad for their children. However, poverty and poor literacy destroy all ethics and entrap the human mind in the shackle of various superstitious norms. They also had the tension of protecting their daughter’s chastity and virginity before her marriage. Her parents might have felt proud of themselves that they could protect their daughter’s chastity.

So, the first crime was committed by the parents of the victim. The girl was under-aged, so the marriage was not registered. It was a child marriage. This crime gave birth to more unlawful and unpardonable acts. Thus the chain of felonies went on!

After marriage, her husband monstrously had sexual intercourse with her on their first wedding night. He might have felt accomplished after hearing her painful screams and witnessing her vaginal blood on their nuptial bed. She probably said “no”, but he had haste to win the battleground—the battle of tearing down a young girl’s hymen and see the blood of his victory. Her husband was reluctant to manage proper treatment for her genital rupture. He rather took the privilege to keep on having more sexual sessions with her.

At one point, when her condition worsened, she was taken to a kobiraj by her in-laws. The kobiraj could not stop her blood. How could he? She was repeatedly taken to bed by her lustful husband. After a month, she died! If she survived all these painful and shameful experience, we could never know that she literally lived in a living hell. A 14-year old girl is unable to give sexual consent. So, she was raped. The rape incident took place repeatedly. She was bled to death. Thus, it is a clear-cut murder case. After child marriage, two more serious crimes took place in her case: rape and murder.

Now, the problem is that in our country this claim will go invalid as we do not have any implemented law against marital rape. Since the victim was married to him and was above 13 years, Section 375 absolves the criminal. Her parents may be accused of and punished for violating women’s rights by getting their daughter married off to a man at her tender age. But what will happen to the perpetrator? His wife died, so he will get a new one as if he has lost nothing but a thing, an object!

Since we do not have strict laws against marital rape and also domestic violence it still matters the least, all other perpetrators get the written license of raping their own wives. How long will it go on? These older pimps prefer younger and tenderer girls for marriage because these poor girls live a very subaltern life. And the subaltern cannot speak! To speak, she needs voice, power and courage. Without education and social identity, how will she be empowered?

Our government has been doing campaigns and awareness programs to end child marriage. But in reality, there are so many factors that can hardly be ignored by the poor parents of a child bride. One of the most important reasons is poverty. In the 21st country, still many families consider their daughters to be burdens. Parents who are unable and even unwilling to feed their daughter or pay the educational costs prefer to marry her off simply to make her eat. The other reason is deeply connected to poverty. And that is lack of education. Without education, both parents and daughters do not understand that child marriage is actually illegal. They do not even realise how abusive their lives are going to be. Thus, they cannot protest when discrepancies take place.

Another reason is rooted in the patriarchal system. Men like the aforementioned perpetrator prefer tender girls because they are supposed to remain “virgin” until they marry. Parents protect their daughters’ chastity so that their sons-in-law never get the chance to lodge complaints against them. Even in the marriage certificate, the word “virgin” is replaced by the word “unmarried”. This word and idea could not be removed from the patriarchal mindset of the people.

Now, let’s try to analyse the reason behind preferring a virgin wife. Virginity never guarantees fidelity. Why then they want virgin brides? The answer is in the meaning of the word “husband” itself. In Bangla, husband is called “shwami” which literally means lord or owner. For example, “Bhushwami” means landlord or landowner. We can own a thing or an object. We cannot and are not supposed to own or possess a human being. Human beings are free creatures. They are born with such faculties that they do not need to be possessed by the other.

So, when the husband is called “shwami” or lord, he tends to believe that his wife is a thing or animal or object that is supposed to be tamed and owned by him and that too the way he likes it. This is why he is reluctant to seek his wife’s approval before having sexual intercourse. Since she is the “thing”, she must keep her mouth shut. The silencing process is far easier with the younger brides. Older women may shout out for her. But the younger and under-aged bride will remain silent until she dies. This is why child marriage still happens epidemically. Audre Lorde said, “Your silence will never protect you”. True, it never protected any girl from being raped by her perpetrator husband.

Marital rape is still an act of rape. There must be strict laws against marital rape too. A woman cannot be raped even by her own husband. Men also need to understand that they do not own their wives’ bodies. Her body is still hers. Her voice is still hers. She has the right to choose when to say “yes” and when to say “no”. Men also need to know that even after marriage, sex is not about penetration and ejaculation. It is all about seeking and giving pleasure which can be attained by love with consent.

The writer is a lecturer, Department of English, Premier University Chittagong