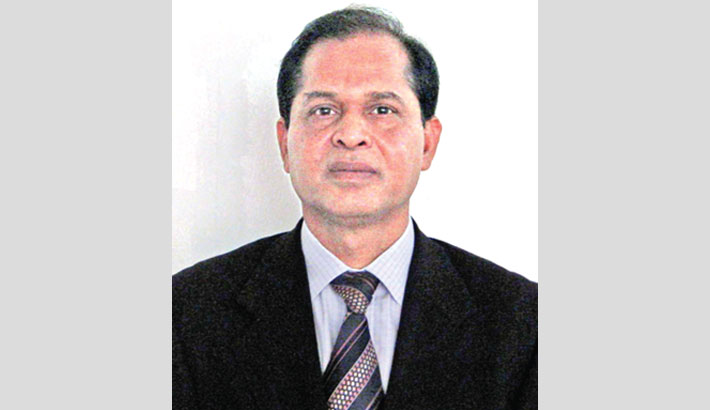 During his visit to Japan from 18 to 24 November 1974, Bangabandhu attended the programmes organised by the Japan-Bangladesh Association, Japan Foreign Trade Council, Federation of Economic Organisation, Japan Chamber of Commerce and Industry and Japan National Press Club.

On 18 October, the Japan-Bangladesh Association hosted a dinner in honour of Bangabandhu Sheikh Mujibur Rahman. In his speech, Bangabandhu expressed his gratitude to Japanese friends for their support and sympathy which was a source of strength and inspiration to the people of Bangladesh during the war of liberation. He said, “Whatever you did at that time went a long way in making Bangladesh, its people and its problems known to a wide section of the Japanese people. Since liberation, you have collectively continued your noble efforts to promote the cause of Bangladesh, thereby making a valuable contribution to the feeling of understanding and friendship that characterises the relations between our two countries.”

Referring to the visit of the President of the Association to Bangladesh in 1972, Bangabandhu said, “That you should have gone there within three months of our liberation to see for yourself the conditions of my people, demonstrates the deep interest and concern which you have for Bangladesh.” He said that his visit gave him the opportunity to pay respect to His Majesty the Emperor as well as to discuss with Prime Minister Tanaka matters of mutual interest. Furthermore, the visit had enabled Bangabandhu to witness the unprecedented economic and social progress that had taken place in Japan.

Bangabandhu said that Bangladesh attached great importance to understanding Japan and its great people and to the strengthening of mutually beneficial relations between the two countries. He said that Bangladesh and Japan had stood at the two extremities of economic development. While Japan was one of the largest economic powers in the world, Bangladesh was one of the least developed among the developing nations. There were a lot in common between Bangladesh and Japan. Both were Asian nations and had a common stake in peace, progress and stability in Asia. Bangabandhu said, “We share with Japan a desire for harmonious international order. Like the people of Japan, we in Bangladesh enjoy a remarkable homogeneity of culture, race and language - a sense of oneness among our people which can be immense help in bringing about economic and social progress. We too greatly value and are anxious to preserve our rich cultural heritage. It is, therefore, natural for us to look to Japan and to benefit from her experience in the task of economic and social development in our country."

Bangabandhu further said, "You saw the poverty and deprivation which is the legacy of two centuries of colonial rule and the twenty-four years of ruthless colonial exploitation, neglect and discrimination at the hands of Pakistani rulers. You saw the widespread dislocation and destruction caused to our economy during the war of liberation. You also saw how our people, with new expectations, are engaged in the difficult task of reconstructing and at the same time developing the economy in order to eradicate poverty, hunger, illiteracy, disease and unemployment which have been endemic for many generations. Though the challenge is a formidable one, it has been our firm conviction that the foundation of a political system which fulfils the basic aspirations of our people had to be built first.”

He also informed about the framing and adoption of the Bangladesh Constitution of Bangladesh and holding of the general elections. He said that they had taken necessary steps so that economic development did not take place at the cost of social justice. In this context, Bangabandhu said, “This basic concern among our people for combining economic development with political freedom and social justice has no doubt rendered our task immensely more complicated and difficult. But we feel encouraged that the people and the Government of some of the most developed countries such as yours are showing a growing awareness of the need to help developing countries such as ours in this formidable task.”

Bangabandhu expressed his belief that a harmonious international order and a stable structure of peace could be built successfully only if the rich and poor nations of the world make a concerted effort to overcome the problems of hunger, poverty and disease. He said, “We believe that Japan has a leading and noble role to play in this regard. I am confident that people like you who have shown a genuine concern for the welfare of the people in a country such as Bangladesh, can contribute enormously to an awareness of the need to alter the policies of the developed countries and to meet the challenge of the coming decades.”

Bangabandhu concluded by expressing his gratitude for the valuable steps taken by the Association and its President for the promotion of understanding, cooperation and friendship between the two peoples. He also hoped that they would continue their endeavour to further strengthening the friendly relations between the two countries.

In honour of Bangabandhu, a dinner was given jointly by the Federation of Economic Organisations, the Japan Foreign Trade Council and the Japan Chamber of Commerce and Industry on 19 October. At the outset of his speech at the gathering of leading industrialists, entrepreneurs and economic and financial experts of Japan, Bangabandhu thanked them for their cordial welcome and warm hospitality. He said, "Even though this is only the second day of our visit to your great country, we have been able to sense the deep feelings of friendship and cordiality that the people of Japan in various walks of life entertain for the people of Bangladesh."

Bangabandhu said that like others, the people of Bangladesh had been watching with great admiration the remarkable achievement of Japan in the economic and social fields. He also paid tribute to the creativity, discipline and dedication of the Japanese people which made such a transformation possible.

Bangabandhu said, “I feel that the very success you have achieved in meeting the challenge in Japan has placed upon Japan a special responsibility for meeting another challenge - the challenge of fighting the problem of world poverty. Highly developed countries like yours and developing countries such as ours have a common interest in reversing the present trend which threatens to widen the gap between prosperity in the developed world and poverty in the developing nations. We are happy to note that Japan has a deep commitment to the establishment of peace and stability in the world and particularly in Asia.” He expressed his satisfaction for the growing realisation in Japan that no solid structure of peace could be built effectively as long more than two-thirds of the world's population continued to remain engaged in the desperate struggle to fight the problems of hunger, poverty, malnutrition, disease, illiteracy and unemployment.

He added, “It is equally important to recognise that the present state of underdevelopment in countries like Bangladesh is not of our own making, but the result of centuries of neglect and exploitation under colonial rule. We need, therefore, to accelerate the pace of our development efforts. In this task Japan, as one of the greatest economic powers of the world, can play a leading role in expanding the range of her cooperation with the developing countries. We need your assistance not merely through transfer of financial resources, but through a rapid and massive transmission of your superior technology, of your valuable experience in such fields as population control, increase in agricultural productivity and the organisation of a unique educational system. We need such assistance on a bilateral basis, in the framework of regional organisations and through international organisations.”

Bangabandhu expressed optimism that awareness is growing in Japan about the difficulties faced by the developing countries. He welcomed the statements by the leading spokesmen of the Government of Japan emphasising the importance of ensuring the overall prosperity of the international community through the expansion of trade. He also welcomed the Japanese government's emphasis on social and economic progress in Asian countries, which contained more than half of the world's population. (To be continued)