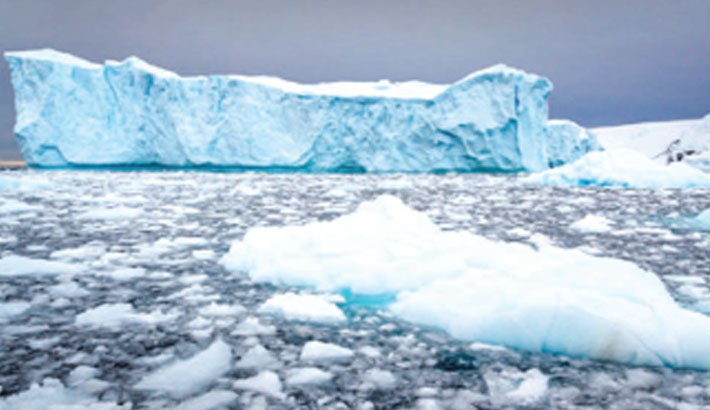 The loss of billions of tonnes of ice from Earth’s frozen spaces is likely to increase global temperatures by an additional 0.4 degrees Celsius, according to research Tuesday highlighting the danger of a “vicious circle” of warming, reports AFP.

Arctic summer sea ice levels have declined by more than 10 percent each decade since the late 1970s and mountain glaciers have shed roughly 250 billion tonnes of ice annually over the last century. Ice loss from the West Antarctic and Greenland ice sheets is accelerating and already outstripping what scientists until recently believed to be the worst-case melt scenarios.

Decades of studies have sought to quantify how Earth’s melting ice will contribute to sea level rise—Antarctica and Greenland alone contain enough frozen water to boost oceans’ height by around 60 metres.

But little research has tried to predict how ice loss will add to the already 1.0 degree C of global warming emissions from fossil fuels since the start of the Industrial Era.

They found that under current levels of atmospheric CO2 — roughly 400 parts per million—the melting of Arctic sea ice, mountain glaciers and the polar ice caps would raise temperatures by 0.4C.