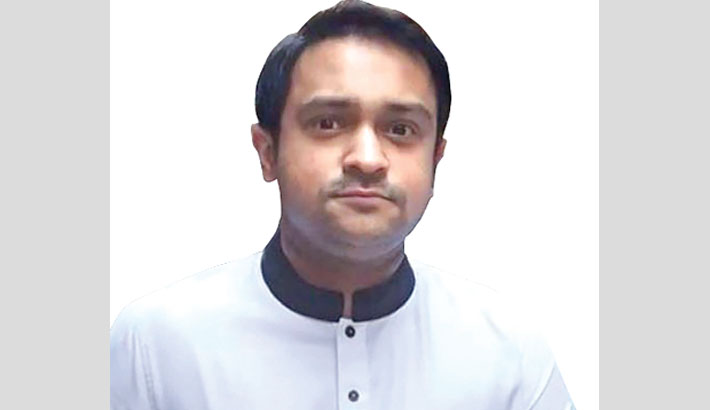 A Dhaka court on Wednesday placed Erfan Selim, son of lawmaker Haji Mohammad Salim, and his bodyguard Md Zahid on three-day remand each in a case filed over assaulting a navy officer and giving him life threat in the capital's Dhanmondi area.

Earlier, the two were shown arrested in the case following a prayer submitted by investigating officer Md Ashfaq Razib Hasan.

The investigating officer on 27 October appealed for seven-day remand for questioning Erfan and his bodyguard Md Zahid and the court set Wednesday to hold hearing on the matter.

In the remand prayer, the IO said Erfan, along with his associates, assaulted the navy official without any purpose and they need to be remanded to find out clues about the incident and know whereabouts of others responsible for it.

On the other hand, the defence submitted a petition seeking bail and cancellation of the remand prayer saying that there were no specific allegations against the accused.

Upon hearing both sides, the magistrate rejected their bail petitions and issued the remand order.

Detectives have been tasked with investigation into a case filed against Erfan Selim and his associates over assaulting the navy officer and giving him life threat in the capital’s Dhanmondi area.

Inspector Md Ashfaq Razib Hasan, the investigating officer of the case, confirmed the matter and said the investigation into the case has already been handed over to the DB. The handover process of the case file to the concerned officer is underway. Meanwhile, two separate cases were filed against Erfan Selim under the Arms Act and Narcotics Control Act early Wednesday. Besides, two cases were filed against his bodyguard Md Zahid.

Erfan Selim and his associates assaulted Lt Wasif Ahmad Khan of Bangladesh Navy and his wife in the capital’s Dhanmondi area in the evening on October 25.

On October 26, Rapid Action Battalion (RAB) arrested Erfan from their old town ancestral home and seized 38 walkie-talkie sets, one airgun, one foreign made pistol, five VPS sets, one handcuff, a drone, and seven bottles of foreign liquor, among other things.

A mobile court led by Executive Magistrate Sarwar Alam sentenced Erfan to 18 months’ imprisonment for the offences. The court also jailed bodyguard Zahid for six months for abetting the crimes.

On Tuesday, Erfan Selim was suspended from the post of councillor of Dhaka South City Corporation (DSCC).

Local Government and Rural Development (LGRD) issued a gazette notification on Tuesday on the suspension of Erfan Selim, ward 30 councillor of DSCC.