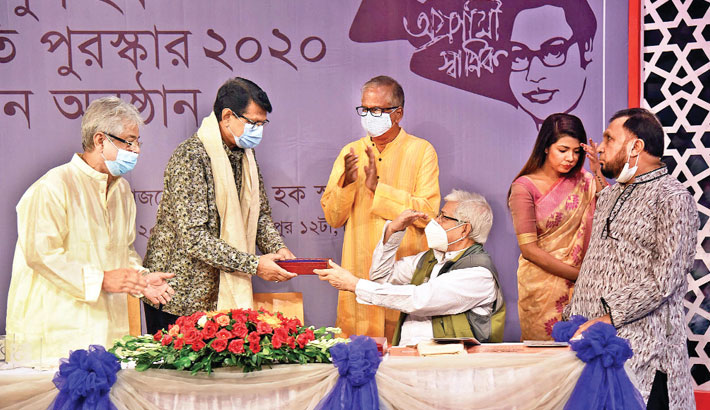 Popular actor-director Alamgir and journalist Shamim Alam Dipen have received the Fazlul Haque Memorial Award-2020. Alamgir awarded for direction, whereas Shamim Alam Dipen got the award for his contribution in cine-journalism. Both winners received prize money of Tk 25,000, each.

The award ceremony was held at the studio of channel i on Monday.

Fazlul Haque’s daughter Keka Ferdousi reminisces about the memories of her father in a video conference at the programme.

Fazlul Haque was the pioneer of photo journalism in the country and the editor of the country’s first cine magazine ‘Cinema’, which was published in 1950. Fazlul Haque also directed a children’s film titled ‘President’. Haque was born in 1930 in Bogra.