Abrogation of Article 370 Brings Good Luck to People of Kashmir 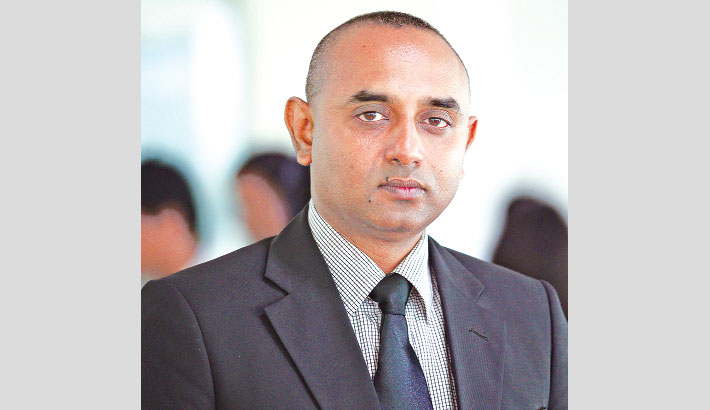 India is the name of one of the largest democracies in the world. The country has seen many regimes with veteran politicians at the helm of state affairs. Unlike others, Prime Ministers Narendra Modi is well-known for his unique qualities and decisions in establishing peace and communal harmony. He has succeeded in obliterating gaps between majority and minority people. He has managed to create a level-playing field for all citizens irrespective of castes and religions.

Narendra Modi, the father of heterogeneous society, has taken India to a new high in the regional and global context. Time Magazine has praised him for offering a different rule, showing him one of 100 most influential people of 2020. “The key to democracy is not, in fact, free elections. Those only tell who got the most votes. More important is the rights of those who did not vote for the winner. India has been the world’s largest democracy for more than seven decades. Its population of 1.3 billion includes Christians, Muslims, Sikhs, Buddhists, Jains and other religious sects… Though almost all of India’s Prime Ministers have come from the nearly 80% of the population that is Hindu, only Modi has governed as if no one else matters,” says Time Magazine.

Social equilibrium in Modi’s period is so explicit that it needs no further introduction. Improvement of the living standard of the long-deprived people of Kashmir can be a great example of how the BJP government is promoting the backward section.

The abrogation of Article 370 of the Indian Constitution has become a catalyst for the change, bringing good luck to the people of Kashmir. On August 5, 2019, the Modi government revoked the special status or limited autonomy granted under Article 370 to Jammu and Kashmir—a region administered by India as a state which consists of the larger part of Kashmir that has been the subject of dispute between India and Pakistan.

The region has been taken under control of the central government, putting Kashmiris at par with the people of other states in terms of infrastructure, education, employment and other privileges.

Sitting beside Dal Lake in Srinagar, the summer capital of Jammu and Kashmir, Md Yusuf was praising the Modi regime for its unprecedented decisions. The sweet utterance of Yusuf meets the murmuring water of Dal to denote a confluence of development and equilibrium society offered by the Indian government led by Narendra Modi. Youths have no time to hurl stones at Indian security forces in exchange for Rs 500. It is learnt that some unemployed youths used to commit subversive activities at the behest of Pakistan to destabilise the region. As many as 2,653 incidents of picketing were registered in the belt in 2016. But the Kashmiris have been seeing peace since the abrogation of Article 370. The cancellation of the article has not only restored peace but also ensured accountability and transparency in government activities, said Altaf Thakur, head of a village in Pulwama.

Journalist Tarik Bhat said, “I had been experiencing strikes since boyhood. Now, development has taken the place of rotten politics and conspiracy.” The government has adopted the 'Strengthening Teaching –Learning and Results for States (STARS)' project at a cost of Rs 520 crore to redefine the education and life standard of the people of Jammu, Kashmir and Ladakh. Having approved by the cabinet, Modi termed the project to be instrumental in enhancing the quality of education and easing life.

Apart from education, the government has concentrated on developing sports. Jammu-Kashmir lieutenant governor Monoj Sinha inaugurated sports infrastructure costing Rs 49.78 crore and laid foundations of various projects that will cost Rs 10.5 crore across the Union Territory in a function held at Srinagar in October. Footballers of Srinagar performed well across the country but they did not have any infrastructure. The sportsmen and coaches had a longstanding demand for logistics. Shahid Iqbal Choudhary, the deputy commissioner of Srinagar, said the government constructed a football stadium at a cost of Rs 25 crore.

Sericulture in Jammu and Kashmir has got much impetus owing to the new silk weaving factory constructed in Samba by the central government of India. Road communications and business establishments have been developed casting a positive impact on the earning of the locals. The government funds plundered in the past are now reaching the doorsteps of the people. Jammu and Kashmir Panchayat has been functional.

Apple production has hiked by 40 per cent in the territory owing to necessary steps taken by the government. Such production remains unaffected despite Covid-19 pandemic. The cultivators are getting fair prices for apple as the local administration developed fruit processing industries. Local consumption and export of the coveted items are skilfully designed.

Various quarters opposed the abrogation of Article 370 for petty political interest but people of Jammu, Kashmir and Ladakh are happy with the reforms taking place in the belt. People are exposed to special privileges in getting compulsory education, job and social protection which are meant for scheduled castes, backward and minority classes. Abrogation of special status has made them eligible for the National Commission for Minorities Act and Whistle Blowers Protection Act. Besides, 10,000 people are going to be recruited under the local government. The weaker and backward sections of people are high on the list of priorities.

The BJP government led by Modi has made the changes to give due status of the inhabitants of the long-neglected region. Schools, colleges, roads and lakes are being refurbished while hilly areas are getting electricity facilities under the procession of development projects initiated by the central government. Social safety net is stronger now, as insolvent people are subjected to adequate rations. Veteran journalist A Surya Prakash, former chairman of the Prasar Bharati board, said annulment of Article 370 has put an end to the shameful, undemocratic and discriminatory rule which lasted for seven decades.

Apart from Prime Minister Modi, Lieutenant governor Monoj Sinha announced a Rs 1,350 cr economic package for Jammu and Kashmir. The government has cut the water bill in Kashmir by 50 per cent. Monoj Sinha has assured that Kashmir will have a new industry policy. People are exempted from stamp duty with the facility to be valid till 2021. The business loan recipients will enjoy 5 interest waivers.

The striking feature of the abrogation of Article 370 is actually the restoration of peace in the troubled belt of Jammu and Kashmir. Violent activities have reduced by 54 per cent in the last one year. Some 22 soldiers were killed in 173 days from August 5, 2019, to January 24, 2020, which is much lower than the number of dead soldiers, 82, from February 13, 2019, to August 2019.

Modi government is desperate to return lost tradition to Jammu and Kashmir. People of the belt are happy with the changes. Hills, lakes and greeneries have started to smile again vindicating the triumph of the Indian national flag.

Abrogation of Article 370 has ushered in a period of changes.

The writer is a journalist.