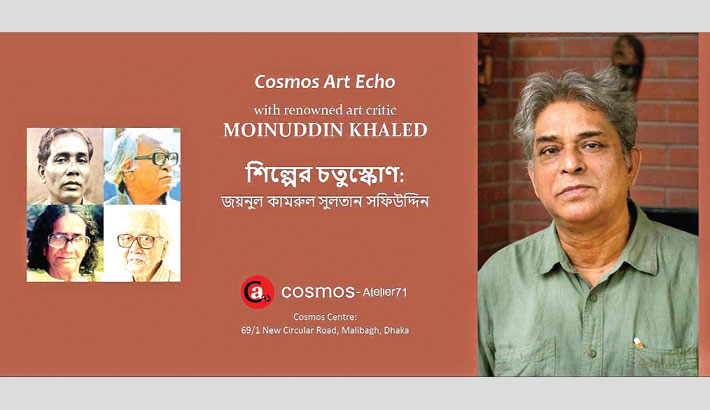 Four modern art maestros from Bangladesh - Shilpacharya Zainul Abedin, Quamrul Hassan, SM Sultan and Safiuddin Ahmed - have elevated the genre to new levels, each through the body of work they left behind during their lifetimes and the audience of modern art needs  more image literacy to fully comprehend the work of the legends, said renowned Bangladeshi art critic Moinuddin Khaled at the 5th edition of Cosmos Art Echo on Wednesday, reports UNB.

“The brilliance of their simple yet profound artworks need deeper analysis that can only be achieved through proper image literacy of the audiences and fellow artists, for the betterment of Bangladeshi modern arts,” the eminent art critic said as the speaker of the special art talk series organized by Cosmos Atelier71, where he described the greatness of the four legendary Bangladeshi artists who revolutionized modern art in the country.