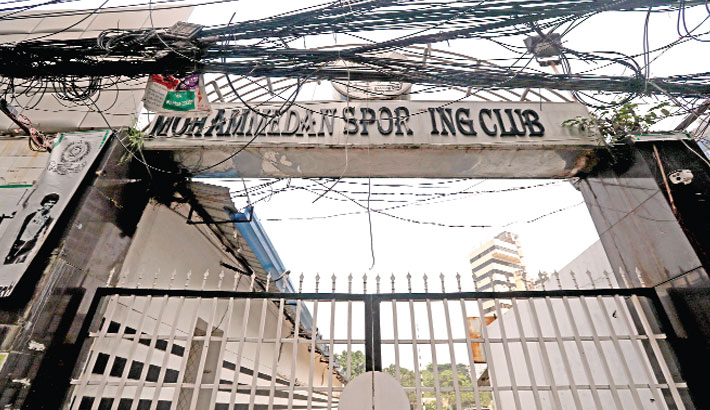 Dhaka Mohammedan Sporting Club Ltd (MSC) has been facing hard situations since the casino crackdown last year, is now eyeing its upcoming board of director elections. The polls and Annual General Meeting (AGM) is scheduled to be held on January 9, 2021.

The last election of MSC was held in 2011 when Obaidul Karim was elected the MSC chairman. But the committee was dissolved by a court while some of the club members filed a petition regarding some membership issues. After a long-term court case, the Supreme Court gave a stay order of the lower court and appointed the incumbent attorney general AM Amin Uddin as an independent chairman last September. The MSC board, chaired by independent chairman AM Amin Uddin, sat in a meeting in March and decided to hold elections and AGM on April 18. The board also formed an 11-member election commission in their last board meeting. However, the date was later postponed due to a pandemic outbreak countrywide in March.

In the meantime, MSC suspended its director-in charge Lokman Hossain Bhuiyan who was arrested due to his involvement in illegal casino and gambling business in the club premises. Lokman, who was also a director of Bangladesh Cricket Board (BCB), is now on bail. During the casino cleansing drive, the clouds of uncertainty faded the club's proud history and future. The law enforcement agencies raided and temporarily locked the club marking it as one of the gambling dens.

Club’s team manager Imtiaz Ahmad Nakib told The Daily Sun that they need a board of directors to run the club properly and to overcome these crises. “A club can’t survive long without its board. We need a board before forming a team and improving games on the pitch. The election will be held on January 9, 2021. The club has been suffering a lot during the last few years. There was no one to support us.  After the casino drive, we -- some former players and old members -- are trying to run the club by our effort. No club can run in this way. We need an eligible board so that we can make a good start,” Nakib added.

Last year, the traditional black and white club was initially uncertain to take part in the country's top-tier soccer meet Bangladesh Premier League (BPL). But later the former players and old members resolved the crisis anyway and the club finally took part in the league. The club formed a 33-member team including five foreign players, though they failed to sign any national team player. The traditional black and white, coached by Sean Lane, reached the semi-finals of Federation Cup 2019-20. Besides, the club ended fourth in the 13-team BPL securing 12 points from six matches with four wins and two defeats. The league was called off by Bangladesh Football Federation (BFF) due to COVID-19.

Nakib informed that they have already paid booters 70 percent of its previous arrears as they were unable to pay the full remuneration. “We are not able to pay full amounts of contracts. We have talked with players and paid them 70 percent,” he added.

About the team, the team manager further informed that they retained 15 local players and three out of five foreigners -- Souleymane Diabate, Ugochukwu Obi Moneke, Uryu Nagata while released two foreigners -- Ousmane Berthe and Stanley Onye Kachi Amadi and the rest of the local players.