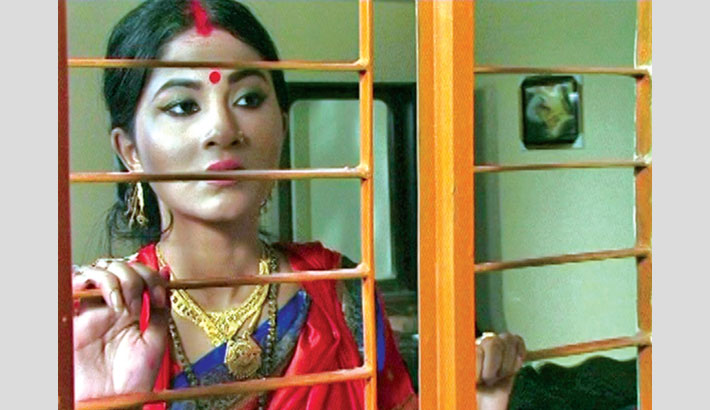 A scene from the drama Bishorjan

Durga Puja, the biggest religious festival of the Hindus began on Thursday. Different television channels of  the country will air various programmes on the occasion. Here are some of the Durga Puja special TV programmes to watch.

Single episode play ‘Shamarpan’ will be aired on Ntv at 09:30pm tomorrow. The drama stars Bidya Sinha Mim, Niloy Alamgir, Chitralekha Guho, Hasan Imam and others. A Special episode of ‘Rupali Pardar Gaan’ will be aired on Sunday at 09:00pm on the channel.

Celebrity chat show ‘Shithir Atithi’ will be aired on Maasranga Television at 11:00pm tomorrow. Prominent Indian singer Kavita Krishnamurthy will be the guest of this special episode. She will join the show virtually.

Written and directed by Irani Biswash, single-episode drama ‘Bishorjan’ will be aired on Boishakhi TV on Monday. Arman Parvez Murad, Orchita Sporshia, and Naznin Chumki have played the lead role in the drama.  The channel will also air the Bangla movie ‘Rajlokkhi Srikanto’ at 12:00pm on the same day.

Sadia Jahan Prova and Irfan Sajjad-starrer special drama ‘Pujor Chutite Prem’ will be aired at 09:15pm on the same day.