The righteousness of God and justification of Man 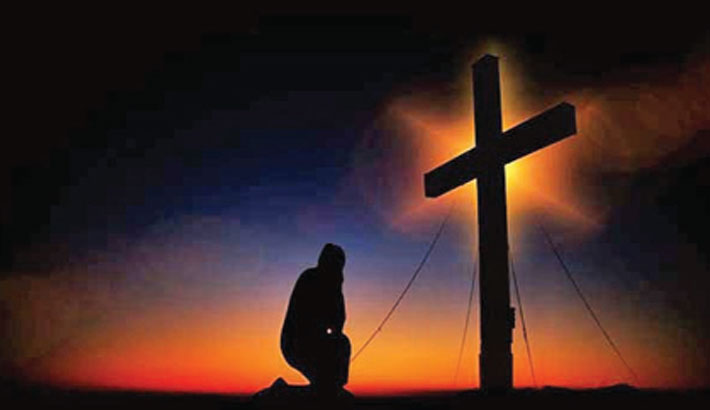 One of the cardinal attributes of God in Biblical teaching is that God is ‘Righteous’. This means that whatever God says, thinks and does are righteous and just. Therefore, God is righteous and just. On the contrary Man is sinful and totally depraved. He cannot come before holy and righteous God on his own initiative. Due to sin man has lost the image and likeness of God with which he created man. Sin has tarnished God’s image, i.e. God moral qualities that he gave man while he created him. Here we mean Adam and Eve, the first human couple that God made. Due to depravity man’s intellect, emotion, will and all has got corrupted.

The ancient sage-prophet Job questioned, “How can a mortal be righteous before God?” (Job 9:2) Man has inherited from the first man, Adam the consequences of sin and also the sin-nature. The holy Bible declares: There is no one righteous, not even one; there is no one who understands, no one who seeks God. All have turned away, they have together become worthless; there is no one who does good, not even good, not even one . . .There is no fear of God before their eyes” (Romans 3:10-18). These may appear to us as sweeping assessments of humanity as a whole. But to consider deeply from a spiritual perspective they speak the truth of the human race in general terms. So man cannot get reconciled to God as man himself is with his entire predicament.

Therefore, God in his love and grace gives man from his righteousness the condition of his righteousness. That’s only how man can approach righteous and holy God and get justified before him. God’s righteousness and man’s is justified before God is some of the cardinal doctrines concerning salvation from the bondage of sin. The theme of Righteousness runs through the Bible. It begins with Noah in the book of Genesis. It comes up many times in the same book with regard to the great Hebrew patriarch Abraham. Abraham became a righteous man before God only because of his faith and trust in Almighty and the only true God. He as counted as righteous only because of his faith and trust in God, and not by any of his work or any other thing. In the New Testament the theme of God’s righteousness comes up very poignantly in connection with salvation of sinful man from sin. God counts or reckons man only because of simple faith and trust in all that God had done in Christ for forgiveness of sin. Man does not have any righteousness of his own. God grants or inputs to repentant man his righteousness so that he can have the status of being justified before holy and righteous God. It is not something that can be earned or purchased by anything that humanity can conceive of. This is a free and entire free gift of God to sinful man if man acknowledges that he is sinful, that he cannot save himself as he is utterly depraved, and that Jesus Christ, the sinless son of God has paid the ransom price for his slavery of sin. This doctrine of ‘Righteousness’ is clearly discussed in the Pauline book of the Epistles to the Romans and also to the church in Galatians.

All men are proven to be guilty before holy God.  It is only through the vicarious sacrifice of the only sinless and perfect life of Jesus Christ that the demand of God’s righteous justice is met on the Cross. Apostle Paul wrote, “God made him who had no sin to be sin for us, so that in him we might become the righteousness of God” (2 Corinthians 5:21). God took and takes sin seriously. So he gave an adequate and proper treatment to it. The single greatest gift of God is the life of his only begotten Son, entirely sinless and blameless, God from very God as the perfect sacrifice for the penalty of man’s sin. That’s how sinful man can get reconciled to God, come before the throne of his grace and mercy. God’s righteousness speaks for his unfolding and outreaching unmerited love and grace for even the vilest of sinners is manifested in the unjust sufferings and death of Christ so that man can be counted as righteous before God and get acquitted from the guilt of sin.

Sin is bondage, slavery. It calls for a ransom-price to redeem the sinner. That has had to be a great price. God sent his sinless son to be that price. God cannot rest with his standard of justice and righteousness unmet. We need to go back to our Maker for being newly made. It is only God who can do this in us.

Christianity is no mere reformation or shaping up of our lives. It’s one’s being a new creation. Paul said, “Whoever is in Christ is a new creation” (2 Corinthians 5: 17). Jesus gave a Messianic interpretation of the Old Testament. As an illustration for this, in the Sermon on the Mount Jesus draws attention to the heart of human problems. For him the heart of the problem is the problem of the heart. He said that the very thought of stealing or coveting something is just the same act of actually stealing that very object. He calls for a total transformation of people’s mind-set. As children of Adam we have inherited a sin-nature, which needs to be addressed. We have the capacity and potency to sin even if we do not actually commit any sin of adultery, stealing or killing. We sin in thought, in word and in deed, indeed! In and through the salvific work of Christ God wrought this. This is the answer to Job’s question. No less a cost than the life of God’s son could do this to credit to us his own righteousness for our right standing before him.

Savior of mankind from the sin. Therefore, we find resurrected Jesus Christ reminding his disciples thus, “This is what I told you while I was with you: Everything must be fulfilled that is written about me in the Law of Moses, the Prophets and the Psalms.” Also he said to his audience in the famous Sermon on the Mount, “Do not think that I have come to abolish the Law or the Prophets; I have not come to abolish them but to fulfill them. . . . the Law until everything is accomplished” (Matthew 5:17). The Law given through Moses testifies to God’s wisdom, holiness, righteousness and justice that are fully revealed in and through Christ. It is said, “Christ is the end of the law” for the believer Romans 10:4).  Moses’ law rightly diagnose the problem of human sin, the seriousness and the penalty for sin; it also points to the supreme sacrifice which was to be made in due time by Christ for the real and only remedy for sin. It is also said that ‘no one will be declared righteous in his sight by observing the law, rather through law we become conscious of sin’ (Romans 3:20).

To conclude, alienated man can be reconciled to God and as such imputed to his righteousness and be justified by God because of what God himself has done in Christ as the only unique and perfect sacrifice for the atonement for sin. This is God’s righteousness only granted to unrighteous man coming to God only with repentance and in faith.