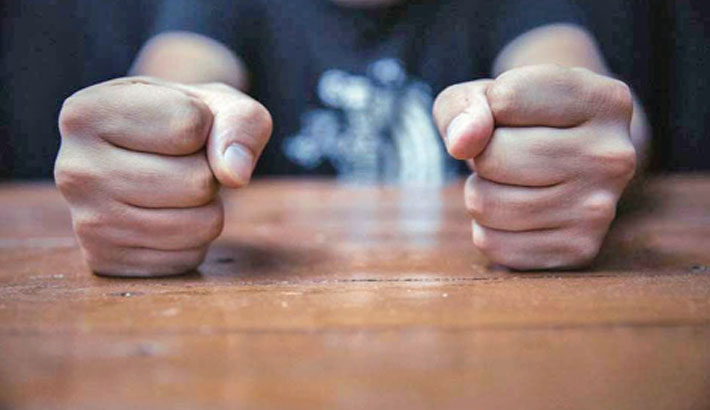 There is a proverb: 'If you get angry you lose'. In fact, anger drives us to defeat. It destroys our bonds of life, wealth, honour and family as well as social life and kinship. Life can come down to darkness and disaster. The Arabic word for anger, Gadab, means anger or rage, the anger that arises in a person's mind to seek revenge for the loss of one's self-interest or being reprimanded by someone. Anger causes people to commit cruel and oppressive acts. Later, it becomes a source of shame and contempt. So, we should restrain ourselves when we are angry. The Prophet (SM) once asked the companions about this, 'Which of you do you think is stronger?' They replied, 'The one who can defeat another in wrestling.' The Prophet (SM) said, 'He is not a real hero. Who loses in wrestling; rather, he is the real hero who is able to control himself in the time of anger. '(Bukhari: 564).

What will we gain if we control our anger? The benefits we can get from controlling anger are:

(iii) They will include honest workers: It is possible to include honest workers by controlling anger. In order to be forgiven by Allah (SWT), His servant must be forgiven. The Qur’an says, ‘Hurry to the forgiveness of your Lord and to Paradise, the boundary of which is the heavens and the earth, which has been prepared for the righteous. Those who spend their time in affluence and deprivation, those who restrain their anger and forgive people, in fact Allah (SWT) loves the doers of good. '(Surah Al' Imran, verse: 134).

(iv)Achieving Allah's satisfaction: Our beloved Prophet Muhammad (SM) showed great self-control and patience when he was humiliated, disgraced and physically abused. Anger control pleases Allah (SWT). The person who controls anger is rewarded both spiritually and worldly. The Prophet (SM) said, ‘Whoever restrains his anger in spite of his ability to satisfy it, Allah (SWT) will call him before the whole of creation on the Day of Resurrection and grant him the right to choose any Paradise according to his will.’ (IbnMajah: 417). The Prophet (SM) further said, ‘The great reward for controlling the wrath of a servant for gaining the pleasure of Allah (SWT) is nothing else.’ (Ibn Majah: 4189).

(v) They have with Allah (SWT) a great and lasting reward: Allah (SWT) says, ‘So what you have been given is only the enjoyment of this worldly life. And that which Allah (SWT) has His best and lasting, for those who believe and rely on their Lord. Those who avoid major sins and obscenities and forgive even when they are angry. '(Surah Ash-Shura, verses: 36-37).

Now how can we control this anger? What should we do when our anger comes? We will know about that to do-

(i) Lying on the ground: Regarding the management of anger control, the Prophet (SM) said, ‘If anyone of you gets angry while standing, he should sit down. If his anger subsides, so be it; or he should lie down. '(Tirmizi).

(iii) Reading Tawauz: Apart from this, the Prophet (SM) also spoke about applying other methods to avoid the influence of Satan. The Prophet (SM) said, ‘I know a word which, when recited, removes anger. (And that is Tawauz) "AuzuBillahiMinashShaitaanirRajim" meaning, I seek refuge in Allah from the plots of the exiled Satan. '(Muslim, Chapter: 32, Hadith: 6317).

(iv) Allowing to be quiet: Imam Ahmad Ibn Hamble (R) narrates that the Prophet (SM) further advised us, "If anyone of you gets angry, let him be silent." Trying to be, but it will definitely prevent him from fighting or talking harshly.

(v) Patience: At one of the most difficult times in life, our beloved Prophet (SM) went to Taif, hoping that the people of Taif would listen to him and cooperate with him. But instead of cooperating, he received insults. Blood spurted from his body and clotted his legs. An angel came to him from Allah (SWT). The angel sought permission to kill the people of Taif by uniting the mountains on both sides of Taif. But the answer of the kind Prophet (SM) was, '(No, it cannot be) but I hope that Allah (SWT) the Almighty will give to their descendants children who will worship one Allah and not associate partners with Him.' (Bukhari, Vol. 4, Chapter: 54, Hadith: 454).

(vi) Not to express personal resentment and vengeance: Hazrat Ali (R.) in a battle knocked down the army chief of a non-Muslim army and when he was about to kill him, he spat in Ali's (R) face. Immediately Ali (R) left the man and retreated. Then the army chief said, ‘You could have killed me, but why you didn’t?’ Ali (R) replied, ‘I have no personal dispute with you. I fought you only because of your disbelief and rebellion against Allah (SWT). If I had killed you after spitting in my face, it would have been an expression of my personal anger and vengeance, which I never wanted. '(SahabaCharit).

I will mention another example of the suppression of anger - Ali ibn Husain's maid was pouring water of ablution. Suddenly the jug of water fell from his hand over his (Ali ibn Husain's) face and it broke. He was injured. Then he raised his head towards her. The maid said, "Surely Allah(SWT) has said, 'Those who suppress anger.' He said to the maid, 'I have suppressed my anger.' She said, 'Those who forgive people.' He said to her, 'I have forgiven you.' She said, "Allah (SWT) loves the benefactor." He said, "Go, I have set you free for Allah's (SWT) sake."

But keep in mind that not all anger is to blame. There is some anger that is admirable. There are basically two types of anger. Condemnable anger: Condemnable anger is the worldly anger about which the Prophet (SM) warned the Ummah. As has been narrated in the hadith mentioned. Praiseworthy anger: Praiseworthy anger which is done in the interest of Allah (SWT), the Prophet (SM) and the religion. Narrated from Ayesha (R), she said, ‘The Messenger of Allah (SWT) never took revenge from anyone for anything of his own. However, if he did something that was forbidden by Allah (SWT), He would punish him accordingly. '(Al-JameBinasSahihain, Hadith: 3184)

In some cases, Islam has ruled that anger is the right thing to do. Anger is legitimate in dealing with criminals and oppressors in order to establish social justice, eliminate oppression and discrimination, and establish human rights. Anger must be used to protect national, religious and humanitarian ideals and values. However, in order to suppress injustice, care must be taken not to indulge in injustice.

We should not always see anger in a negative light, for sometimes it can be a virtue and we may use it appropriately to enjoin good and forbid evil. Allah (SWT) states in the Qur’an, about those who are in proximity to the Prophet (SM), “Muhammad is the Messenger of Allah, and those with him are stern to [those who cover and deny the truth] yet kind among themselves.” (Quran 48:29.) It is vital to recognise that standing bravely and courageously against vice, sin, and oppression requires us to be angry about their effect or impact. Therefore, we have a responsibility to positively channel our anger against the ills that harm humanity.

Therefore, in order to gain the satisfaction of Allah (SWT) in the hope of gaining the best and lasting reward in this world and the hereafter, we have to have faith in Him as well as trust, abstain from major sins and obscenities and acquire the qualities of forgiveness even when angry. May Allah (SWT) bless us all. Ameen