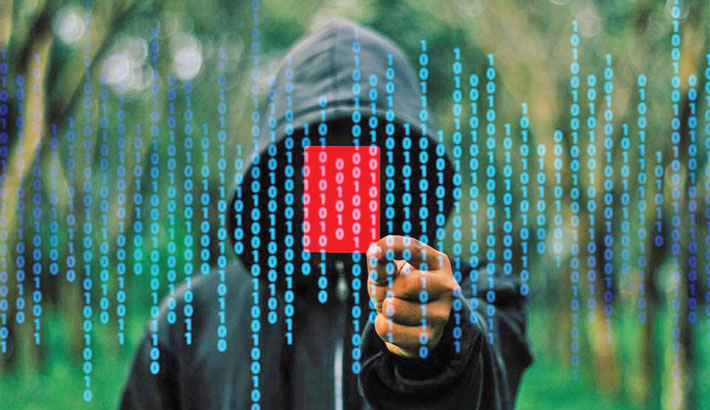 Technology has blessed us with many virtues. It has brought us closer and made many things possible that were once only a dream. However, there is an ill side of everything. As technology rose in power, so did a new branch of criminals.

Cybercrimes are rampant all around the world. It involves virtual harassment or cyber bullying, releasing virus or malware, phishing (deceiving people), stealing bank credentials and other important data and so on.

The worst case scenario in our country was on February, 2016. Bangladesh Bank Cyber Heist or Bangladesh Bank Robbery would remind us of some suspense plot in movies. 101 million dollars were stolen from Bangladesh's central bank via the Federal Reserve Bank of New York and then transferred to accounts in the Philippines after which it was laundered through the Philippine casino system.

Everything was so quick and surreal nobody realized the damage until it was too late. Compare this to an actual bank robbery. Security alarms are raised, bank clients and employees see the bank robber, CCTV cameras take footage of the culprits and security guards rush to the spot to stop the robbers.  But none of this could be done because the robbery was done ‘online’ by a group of hackers.

It’s known as one of the biggest bank robberies in history. The then-governor of Bangladesh Bank, Atiur Rahman commented to a newspaper, "It was like a terrorist attack, into the central bank," he says. "I couldn't believe it because nothing like that ... ever happened." Nothing like that indeed ever happened in Bangladesh and we hope that it never does. It has been four years since that robbery but how much has our cyber security risen since then?

On the good side, we have learnt a valuable lesson that has made us even more alert. The government created an anti-cyber unit called Cyber Incident \Response Team (CIRT). Even before 2016, we had similar encounters with the ‘cyber thieves.’  In 2013, Sonali Bank of Bangladesh was targeted by hackers who were able to remove $0.25million. In June of 2019, Dutch Bangla Bank Limited (DBBL) lost as much as $1.4 million (around Tk 11 crore) due to a cyber attack.

While everything seemed very quiet past few years, another silent alarm was raised amid the pandemic.  It was heard that a North Korean hacker group named Beagel Boys had targeted Bangladesh banking industry. The news was confirmed by a high official of Bangladesh Bank after CIRT disclosed the issue to them on August 27. All the banks took precautionary measures. Some banks even suspended ATM transactions at night.