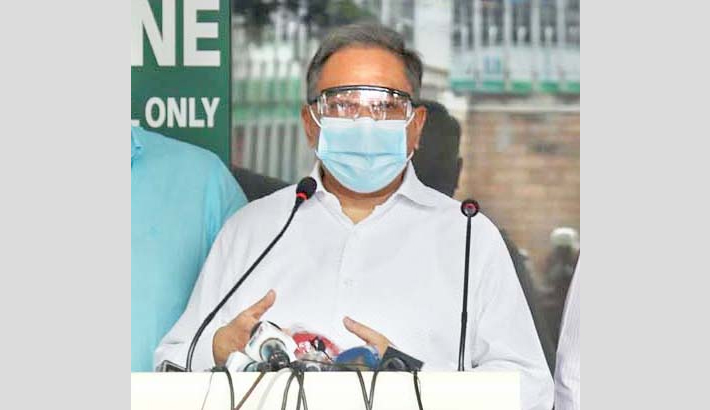 Bangladesh Cricket Board (BCB) asked Sri Lanka Cricket (SLC) to reschedule the upcoming tour which was set to feature three Tests as tourists are not ready to follow the health guideline which dictated a 14-day quarantine period, said BCB President Nazmul Hasan on Monday.

BCB had earlier informed that they are not willing to tour if the 14-day quarantine condition is in place, with no provision for training when SLC gave them the health guideline ahead of the tour and was waiting for their response.

SLC officials were busy preparing a bio-safety plan that would satisfy BCB so that the tour can go ahead as planned following BCB’s clear stance but their effort went in vain as SLC failed to convince their health safety authorities,

As a result BCB asked SLC to reschedule the tour as they are unwilling to comply with the 14-day health guideline after SLC eventually send a revised tour plan to BCB on Sunday.

“We have asked them to reschedule the tour, we cannot go on a tour with an 14-day quarantine condition in place,” Nazmul said about Sri Lanka’s revised proposal at Sher-e-Bangla National Cricket Stadium on Monday.

“We will go when thing will get better and these conditions will not be applied,” he said.

“I don’t think there is any chance for further discussion with SLC. We have informed them to reschedule the series. If it was possible for them to convince the authorities of their country, they would have done so by now,” he said.

“Like I had previously said, it is not possible to play ICC Test Championship match following the guideline that they had given. Their cricket board and sports ministry tried a lot to meet our requirement. They had agreed to all of our conditions except for one but that was the most important demand we had which is the 14-day quarantine issue which technically is isolation. The players cannot go out even from their room. This isolation will have a huge impact in the players’ mentality and it will require a lot from them to recover from this. It is not possible for us to play this way,” he added.

Initially, Bangladesh’s tour of Sri Lanka was scheduled to take place in July-August, and was postponed because of the COVID-19 pandemic while the tourist as per the current plans, were expected to travel to Sri Lanka on September 27 for the three-Test series which is scheduled to start from October 23 but it went in vain due to the issues.

Nazmul added that they are looking forward to resume domestic cricket in the coming days and now for the time being, they want to get back to competitive cricket by playing intra-squad two-day or three-day matches in the coming week.

“Foreign staff will stay in Bangladesh as there will be three practice matches which includes two two-day matches and one three-day match,” said Nazmul.

“During this time, we will work on how we can resume the domestic leagues such as Dhaka Premier Division Cricket League (DPL), first division, second division. We need to make sure the safety of the players and for this, we have asked our officials to sit with the players and the clubs and work out a plan. If we think we can rely on the plan, then we will start playing the leagues. It can be a single league and we can also work on to arrange leagues under the new calendar if possible,” he said adding that they will try to organise international matches only after hosting domestic cricket successfully.

“We first want to assess the situation (before hosting an international series) then there is also the fact that we have many domestic leagues which are halted. If we are able to resume the domestic leagues successfully then we can think of hosting international teams but we will not think about it at this point,” he concluded.