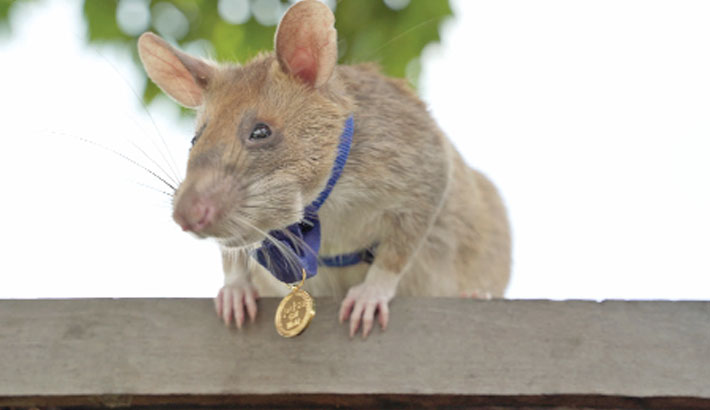 LONDON: Heroes come in all shapes and sizes. A five-year-old giant African pouched rat called Magawa, however, has to be one of the world's most unlikely life-savers, reports AFP.

The rodent has won the animal equivalent of Britain's highest civilian honour for bravery because of his uncanny knack of sniffing out landmines and unexploded ordnance.

British veterinary charity the PDSA on Friday awarded Magawa its Gold Medal "for his life-saving bravery and devotion to duty", which had transformed the lives of people in Cambodia. Magawa, who was trained by the Belgian charity APOPO, has sniffed out 39 landmines and 28 items of unexploded ordnance, making him the organisation's most successful "HeroRAT".