Learn and Live the Law of Attraction 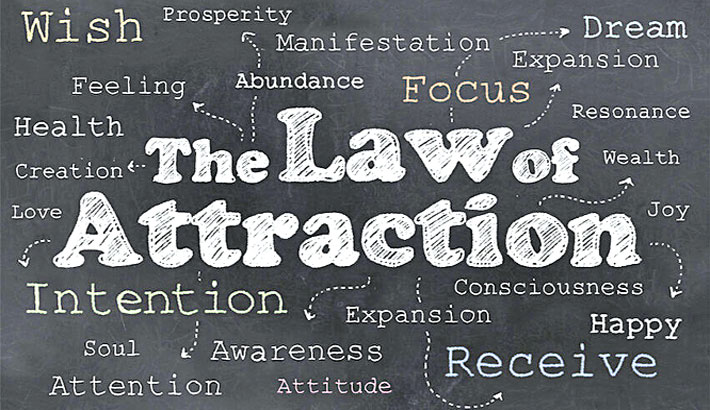 While getting enrolled to a course of an unknown teacher, students usually take a survey and try to get some ideas about the teacher and his or her grading policy. When the survey result makes the educator “strict”, the student immediately visualizes his own future in the particular course. The images are drawn in his thought process and he starts believing in it. Gradually his thoughts direct him towards his beliefs which uncompromisingly influence his class performance. He ends up getting a poor grade as his hypothesis turns out to be true. He says to himself, “yes, the teacher was strict, so I could not make it”.  Now, who was really responsible for his grade?

Sometimes we fail to notice that we are actually liable for bringing both positive and negative influences into our lives. There is a famous line by Paulo Coelho, “You are what you believe yourself to be”. The student in my aforementioned example believed to get a poor grade as the teacher, he thinks, was “strict”. He spent his days cultivating the negative thoughts about the course and the instructor. As a result, his performance worsened and he experienced more negative incidents. All his thoughts turned into things. This is called Law of Attraction which, like Gravity, is always on-going, active and effective.

Simply put, Law of Attraction is one of the most powerful laws in the universe. It uses the power of mind to build continuous thoughts which are translated into reality. It is the ability to attract into our lives whatever we focus on. The equation is clear. Positivity attracts positivity. Destruction attracts destruction. If we think positive, we can see the silver lining around the edges of the dark cloud. If we think negative, we shall remain behind the cloud and keep on lamenting for the rest of our lives. So, understanding, learning and living Law of Attraction is fundamental for better living.

Law of Attraction is an ancient concept though the term is not widely known to many people till now. Hundreds of years ago the idea was thought to be imparted by Siddhartha Gautama Buddha as he preached the principle that “What you have become is what you have thought”. It is deeply rooted in the basic idea of Law of Attraction. Our mind attracts the things we constantly think of. So, whatever we face is whatever we have focused on. Whatever energy and attention we put into the universe will ultimately return to us.

Therefore, it is important to know how to effectively use this law. First of all, we need rigorous practice. Before we do it unconsciously and automatically, we have to practice it consciously and systematically. The truth is that Law of Attraction is an automatic process of attracting various thoughts. However, if we want to improve our thought process by exercising positivity, we will need to nurture the thoughts first. So, let’s see how it works!

Like other laws of nature, Law of Attraction is also true, effective and easy. Using it is a three-step process: Ask, Believe and Receive. First, you have to ask the universe about what you want. Focus on positive things in life. Defocus what you do not want. Spend 10-15 minutes alone daily to practice spreading positive vibes to the universe. Whatever energy you give now, you will get it all back. Now, second, believe that you will get what you want. If you do not believe it to be accomplishable, you will never get there. Believing it is to believe in your own abilities. Now, you can work for it. Expect positive results. So, take action. When you take action to materialize what you have believed to get, the entire universe will provide you with positive affirmations. Finally, after becoming a vibrational match, you will receive what you have asked and believed to get. By continuously focusing on positive forces, you will become a vibrational match for what you wanted to attract. And hey!!! You have successfully attracted positivity. This is how Law of Attraction works.

Our life is a blank canvas. We have the brush in our hands to paint our pictures. The final outcome of the picture depends on how we have drawn it. Remember, the whole universe in on your side. It will listen to your vibes. It will follow your thoughts. It will give you what you desire. After practicing Law of Attraction, I have lost four kgs of weight. I always wanted to shed my extra kilos. But I never could do it, because I did not believe it to be achievable. This law has changed my view and helped me walk towards my goal.

To conclude, allow me to quote my favorite line by Ralph Waldo Emerson, “Once you make a decision, the universe conspires to make it happen”. So, dear readers, don’t give a damn to negative and devilish thoughts. Learn and live the Law of Attraction to enjoy a better life! Even during this pandemic, your positivity will save your immunity to a great extentas Albert Einstein said, “thoughts influence the body”.