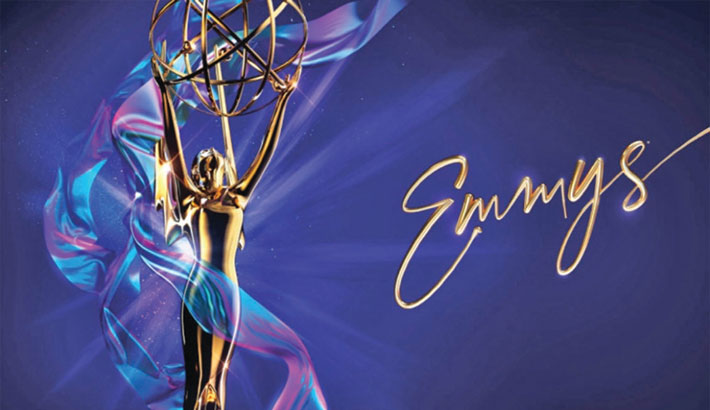 Hollywood will honour the best in television at the Emmys today, but the awards show -- like most things in the pandemic-era world -- will look totally different. And maybe that’s a good thing.

Here are five things to watch for:

How will it all work? Late night funnyman Jimmy Kimmel will take the stage at a nearly empty venue in Los Angeles to host the Emmys, as the stars will be... elsewhere.

Producers have sent camera equipment to about 130 A-list nominees in multiple countries around the world -- and the winners will accept their awards live.

Technical difficulties, F-bombs dropped on air, wardrobe malfunctions: the set-up seems tailor-made for at least a few hiccups, but experts say that could be a boost overall.

“I think it’s got the potential to actually be a breakthrough for award shows, and actually shake up the whole format, make it interesting,” said Deadline awards columnist Pete Hammond.

Kimmel is the host who had to handle the notorious best picture Oscar bungle in 2017, so industry observers say if anyone is prepared to deal with the unknown, he's the man.

“I really think he’s going to be able to roll with the punches better than maybe anyone else who could be in that position,” IndieWire TV awards editor Libby Hill told AFP.

What about the fashion?

There is no red carpet, of course, so how the stars will appear on camera is anyone’s guess. Organisers have encouraged participants to embrace comfort over couture.

“Our informal theme for the night is ‘Come as you are, but make an effort!’” said a letter sent to nominees by organisers in July, according to Variety.

So will stars don glamorous gowns anyway, hoping for a winning fashion moment, or instead go for the tie-dye loungewear that has become the ubiquitous version of lockdown chic?

Can Netflix win a major award?  Since entering the fray with its flagship original dramas like "House of Cards" and "Orange Is The New Black," streaming giant Netflix has scooped up a ton of Emmys -- but never one for best drama, best comedy or best limited series.

Is this the year? Dark crime series "Ozark" is leading the nominations in the drama categories with 18, but it is tied with HBO's family business hit show "Succession."

And while Netflix prevailed in terms of total nominations with 160 to HBO's 107, it has yet to pull in a major prize.

Emmy newcomers :  The absolute glut of original content now available to television viewers is astounding. From traditional broadcast and cable networks, to new streamers like Disney+ and Apple TV+, to short-form video platform Quibi, there is something for everyone.

Who will break through this year? So far, in the Emmys handed out before the main ceremony in technical categories, Disney+ and Quibi are going strong.

Disney has snared five statuettes so far for its "Star Wars" original series "The Mandalorian."

Could Apple TV+ be shut out despite the high-wattage cast of "The Morning Show" starring nominees Jennifer Aniston, Steve Carell, Billy Crudup and Mark Duplass?

Apple TV+ "wanted to be this place for prestige television but I think behind the scenes, it didn't necessarily have people knowledgeable in television making the decisions," Hill said.

"It can take streamers a while to break through. But that Disney+ did it with such relative ease is really salt in the wound."

The category to watch: Of course, the Emmy nominee list reads like a who’s who in Hollywood, but one category stands out for its competitiveness -- best actress in a limited series or TV movie.

Three Oscar winners -- Regina King (Watchmen), Cate Blanchett (Mrs America) and Octavia Spencer (Self Made) will battle for the title.

Their competition? A major debut from Shira Haas in the critically acclaimed "Unorthodox" and Kerry Washington's tour de force in "Little Fires Everywhere."

King is the favorite for her starring role in "Watchmen" -- HBO's comic book adaptation that takes on US racism and police violence -- but anything can happen on Emmys night.