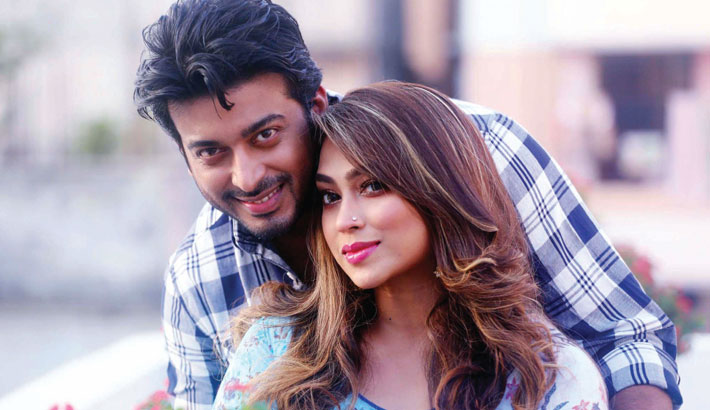 Produced by Impress Telefilm, the shooting of the film began at a location in the capital’s Uttara area on Friday. Popy will be seen as Purba and Shipon will portray the role of Gourab in ‘Bhalobashar Projapati’.

Talking about the film, Popy said, “Bhalobashar Projapati is a romantic genre film. The story of the movie is amazing. My character is also very nice. This is my first work with Shipan. I hope we will present a good movie to the audience.”

Sadika Parvin Popy is popular film actress and model of the country. She won Bangladesh National Film Awards for Best Actress in three times for the films ‘Karagar’ (2003),’ Megher Koley Roud’ (2008) and ‘Gangajatra’ (2009).

Popy started her career with a showbiz programme named ‘Lux Ananda Bichitra’ in 1995. And she made her debut in the film industry with the film Coolie (1997) directed by Montazur Rahman Akbar.

Shipan Mitra is a model and film actor of the country. He earned huge acclamation for his acting in the Jaaz Multimedia’s political thriller movie ‘Desha: The Leader’ (2014). The movie also got box office hit and achieved four National Film Awards.